Japan ascends as a powerhouse in video conferencing after transforming the smoking rooms from the bullet trains into Zoom rooms.

The latest development that the Central Japan Railway Company launched was the Zoom-on-a-train experience that passengers can enjoy during the trip. 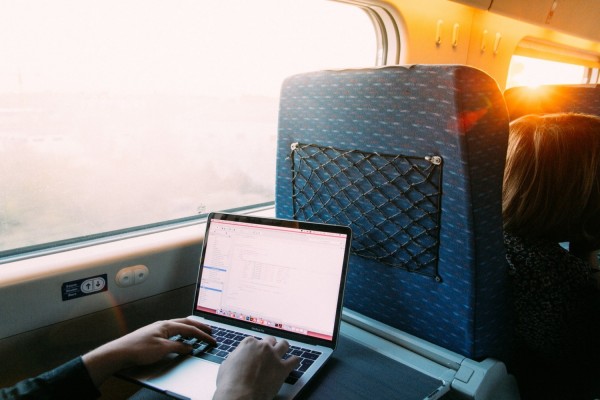 (Photo : KOBU Agency from Unsplash)
Japan now offers a service for its passengers to experience an on-train Zoom experience using the old smoking rooms inside the S-Work vehicle.

According to a report by TechSpot on Friday, Aug. 27, the passengers who used to ride bullet trains in Japan can now use the on-train internet.

Since the video-calling app Zoom became more popular amid the COVID-19 pandemic, many users prefer to use it to call their friends and loved ones.

Japan has devised a plan for the S-Work vehicle, which will house the changed smoking room in bullet trains.

Passenger Benefits In a Zoom Room

There is an extraordinary take on this implementation. Japan is making sure that the passengers will feel comfortable while keeping in touch with other people online.

If you have gone to Japan before, you will know that its internet speed is impressive.

Zoom room users will also indulge in the same perk.

Inside the bullet train, the speed of the wi-fi will be much faster compared to the connection in a common transport system. Whenever a person thinks of charging a smartphone because it's already low in battery, there is a charging port that he/she can use.

There's nothing to worry about your phone's battery anymore while traveling. This is also the same feature that was already implemented in income countries.

There are times that a passenger might prefer a mouse over a touchpad despite using a laptop. In this case, the user can borrow a mouse from the railway station.

Additionally, Central Japan Railway Company can lend the users a laptop tray that features a resting pad for the wrist.

Japan has innovated its once-banned smoking room into a space-wise room. Last year, the country imposed a ban on indoor smoking, which also covers the rooms for smokers.

If you want to try riding the Zoom-centered trains, you can ride the bullet train called Shinkansen. It can reach a top speed of 300 km per hour starting from Tokaido/Sanyo, according to The Register.

For regular Zoom users, be aware that Zoom fatigue is a real health condition that people feel after a long hour of virtual meetings.

The internet connection around the world can vary depending on the country. For the most-developed nations including Japan, a fast internet speed might be an understatement.

In July, Japanese researchers were able to break the previous record of the internet speed using optical fiber. The updated record was regarded to be ahead of the United States' record.

The National Institute of Information Communication Technology (NICT) engineers have managed to reach a staggering speed of 319 Tbps. It was too far from the previous holder, University College London which only achieved 172 Tbps.

Related Article: Zoom Meetings With $952 Million Revenue for Zoom in the First Quarter of 2021