Zoom meetings became the new normal at the height of COVID-19 in 2020. As a result, the company garnered over $952 million worth of revenue for the first quarter of 2021. 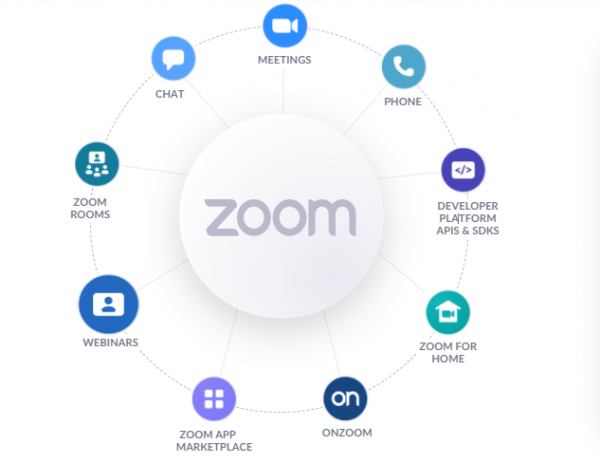 Zoom is one of the most famous video conferencing apps when it comes to business usage. In 2011, the journey of Zoom, with the ownership of Eric Yuan, took place. After two years, the app successfully hit the market in January 2013.

Before founding the Zoom app, Yuan participated in building WebEx before being acquitted by Cisco back in 2007. Most of the people surrounding Yuan at the time suggested that he should not enter an already crowded space where he will go up against Microsoft's Skype, Google, and his former employer -- WebEx.

However, Yuan was confident that he would make it possible to develop a more enjoyable app. Then comes 2013, when Zoom had a million users within a few months of launch. A year later, Zoom already had 10 million users, which doubled in 2015 at 40 million.

Four years after Zoom's launch, the app was already flourishing -- it reached a total of $1 billion valuations when Sequoia Capital invested $100 million to the company.

See Also: Zoom-Like' Holographic Communication' Is Coming Real Soon, But You Need $60,000 For A Machine to Make it Work!

2020 was a rough year for everyone. The Coronavirus pandemic took charge of the entire world, and almost all of the available companies adapted to the hybrid model and work-from-home setup. On the other hand, schools shifted towards online learning, where students go to class by entering a video conference room with their professors.

According to The Next Web, video conferencing platforms became the number one most important application for almost everyone.

Zoom app downloads went up, and Zoom login users heavily increased. The company seems to believe that the pandemic will help them garner more income, and beat the analyst expectations for the first quarter of 2021.

In a Reuters report, the company expects to gain $985 million to $990 million in revenue for 2021's first quarter -- exceptionally higher than the figure given by the analyst, $931.8 million.

At the very least, Zoom is now expecting to get an income of almost $4 billion by 2022.

As a result, Benzinga reported that the company's shares as of June 2 are 2% higher in the after-market trading.

However, Zoom's glory might soon end because more and more people are getting vaccinated. This will probably result in the resumption of work-from-office and physical learning altogether. Although not all users will stop utilizing the Zoom app, there will most likely be a significant decrease in activity once the world resumes back to normal.