In celebration of its 25th anniversary since its original release, an enhanced version of the original Quake was announced at the recent QuakeCon at Home, being released on multiple platforms.

The dark fantasy first-person shooter, which spawned a genre-defining franchise, was first developed by id Software released on MS-DOS in 1996. Now, 25 years later, the Quake remastered version is now available on PC, Xbox Game Pass for console and PC, Xbox One, PS4, and Nintendo Switch. Backward compatibility is also available for Xbox Series X|S and PlayStation 5. 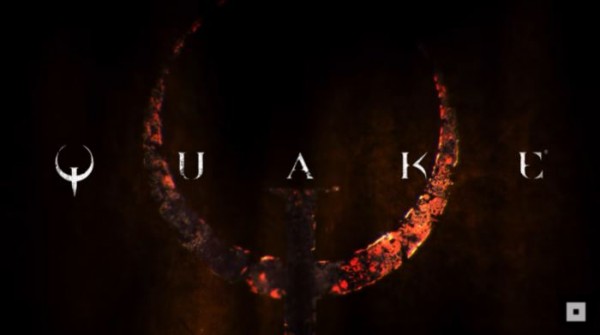 The new remastered Quake was developed by Nightdive Studios and published by Bethesda Softworks, and the game studio behind hit RPG franchises like Fallout and The Elder Scrolls. First announced in the virtual event "QuakeCon at Home," the game retains the aesthetic and character designs of the original 1996 game, with an improved graphics engine.

Additionally, the game has offered multi-platform and multiplayer features, letting players explore the dark fantasy base campaign and its expansions in 4-player online or local split-screen co-op games. Similarly, players can also compete and play against each other in the remastered game - in all its retro glory - with support for eight players for online or four players in the local split-screen matches. Also, there is crossplay between all platforms as well as dedicated server support for online matchmaking. Peer-to-peer support for custom matches is also available.

The 2021 remastered Quake also includes both of the original expansion packs: The Scourge of Armagon and Dissolution of Eternity. Aside from the original 90s games, the new release also includes a pair of expansion packs developed by the award-winning team at Machine Games: Dimension of the Past originally released for Quake's 20th anniversary and the all-new Dimension of the Machine.

Quake is a first-person shooter video game where players are tasked to find their way around maze-like environments with medieval, fantasy, and occult themes while fighting different monsters using various weapons. The original single-player campaign was organized into "episodes" with about seven to eight levels each.

The game story follows an unnamed protagonist who must collect runes from different dimensions of Quake, with the runes being the key to stopping the armies invading Earth. As a spiritual successor to id Software's Doom series, Quake features a largely similar aesthetic in terms of gothic, medieval, and lava-filled caverns, with monstrous character designs inspired by dark fantasy works, such as The Cthulhu Mythos by H.P. Lovecraft.