"Far Cry 6" is fast approaching its release date, and it looks like you're going to have some insane firepower by your side as you tear across the fictional Latin nation of Yara. 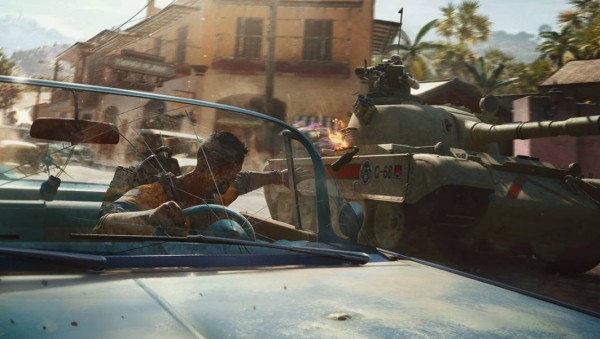 In a new gameplay video shared by GameSpot, you can see the game's protagonist Dani running around with crazy-looking homemade weapons that frankly are too OP. From typical-looking guns to those that shoot what looks like bolts of electricity at a distant target, "Far Cry 6" and its "Resolver" mechanic is offering players a lot of options to improvise.

Here is the Amigos & Supremos trailer in full:

In the trailer, you can see Dani wield weapons born of the "Resolver" system: basically, anything you can scrounge that's been turned into a crazy-powerful weapon. Players get introduced to "Resolver" early on in "Far Cry 6" when they meet the character Juan Cortez, who seems like a guerilla weapons master of some sort.

Among the weapons showcased in the trailer are a super-powered crossbow which you can equip with an exploding bolt, as well as a Supremo backpack called "Exterminador" which is frankly so overpowered, it's not even funny. Dani has the ability to launch explosive rockets from the Exterminador Supremo backpack which can actually home in on targets and are powerful enough to destroy heavy military gear such as tanks, writes PC Gamer.

Furthermore, the gameplay trailer also shows the weapon customizations that "Far Cry 6" will offer its players. It looks like Ubisoft is leaning into the fact that the rebels of Yara are, in almost every case, poor, and has to make do with makeshift weaponry that isn't strapped for quality and destructive potential.

Read also: 'Far Cry 6' Developer Speaks About the Size of Yara, the Biggest Map in the Game

'Far Cry 6': What Can Players Expect?

When "Far Cry 6" releases on the PS4, Xbox One, PS5, Xbox Series X/S, and PC on October 7, fans will have an opportunity to experience what the "Far Cry" series is often good at making unforgettable villains.

In the backdrop of the Yaran Revolution, players will go up against the dictator Anton Castillo, which seems to be very well-portrayed by "Breaking Bad" star Giancarlo Esposito. But of course, you won't be coming up against Castillo's goons with just the weapons in your holster: you're also going to have some very trusty animal sidekicks at your beck and call.

Among the critters that will accompany Dani throughout "Far Cry 6" is the alligator Guapo which you can send to chomp down on enemies; a crazy, bloodthirsty rooster named Chicharron, and an absolutely adorable 2-legged puppy called Chorizo who literally distracts enemies with his cuteness as you go in for a satisfying stealth kill.

Together, these animals comprise the "Far Cry 6" Amigos system which would aid Dani during his/her missions all throughout Yara, which is the "Far Cry" series' largest map so far.

For more updates, just check back here at Tech Times. 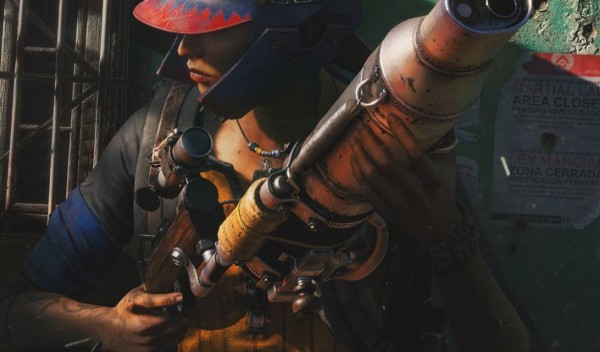 'Far Cry 6' Developer Speaks About the Size of Yara, the Biggest Map in the Game