Twitch Streamers Are Boycotting for Alleged Attacks Against Minorities

Twitch streamers are currently holding a boycott of the streaming platform, and it's for a good cause.

(Photo : Jakub Porzycki/NurPhoto via Getty Images)
Twitch logo is seen displayed on a phone screen in this illustration photo taken in Krakow, Poland on April 30, 2021.

According to a report by Yahoo! News, the boycott called "A Day Off Twitch" is being done in solidarity to members of the minority community. This is allegedly a response to multiple instances of "hate raiding" on the platform, which has affected several Twitch streamers recently.

One of the Twitch gamers who got victimized was a streamer who goes by the handle Raven. She posted a video on Twitter about a recent stream, wherein people bombed her chat with racist comments over and over:

I'm tired y'all. I'm tired of existing in a space that literally doesn't want me in it.
It's more than fucking exhausting. pic.twitter.com/yR7ObVoJJ0

As a result, she decided to team up with fellow Twitch streamers ShineyPen and Lucia Everblack to organize "A Day Off Twitch". All three streamers are known members of marginalized communities, and their main goal is to raise awareness about the senseless hate that people like them receive every day.

Part of the Twitch boycott includes streamers abstaining from using the platform for an entire day, as a way of showing solidarity with creators who are themselves part of minority social groups. Their chosen hashtag was #TwitchDoBetter.

Twitch then went to Twitter to express their support of the movement: Aside from this, the company has also encouraged its users to keep reporting people who spew hate speech and racial slurs to anyone on the platform, while they allegedly work to build tech that will root out everyone with malicious intent lurking on the site.

No one should have to experience malicious and hateful attacks based on who they are or what they stand for. This is not the community we want on Twitch, and we want you to know we are working hard to make Twitch a safer place for creators. https://t.co/fDbw62e5LW

Twitch streaming has been one of the most popular entertainment media during the past few years, building on the rising popularity of gaming as a whole.

Read also: How to Stream on Twitch | Ultimate Beginner Guide 2021

Twitch Boycott: How Bad Has the Hate Raids Been?

The short answer is pretty bad. It seems like almost every other Twitch streamer--a member of a minority group--has received some verbal abuse. According to The Verge, these comments range from transphobic, sexist, and even downright racist slurs. Most of these messages are also bombing streamers' chats by the hundreds, mainly because specially designed bots are making them. 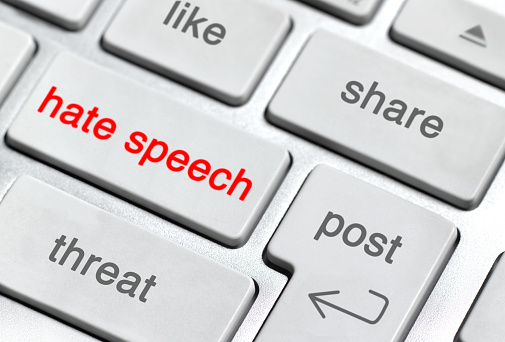 Aside from just bombing stream chats with hate-filled messages, several of these trolls have even managed to obtain content creators' addresses and sent things such as pizzas, apparently in an attempt to assert their dominance and instill fear into people. There are no reports yet of things escalating to something as deranged as "swatting," but until things are resolved fast enough, perhaps it's only a matter of time.

According to Twitch on Twitter, among the solutions they've been devising include a channel-level ban evasion detection, which they've allegedly been developing for months. The biggest problem is that while they work to find solutions to the problem, "bad actors" keep up with their efforts to find ways around the fixes, meaning Twitch can't even publicize the exact details of their actions.

How to Stream on Twitch | Ultimate Beginner Guide 2021