This wooden flooring became an electricity source thanks to the work of some researchers. 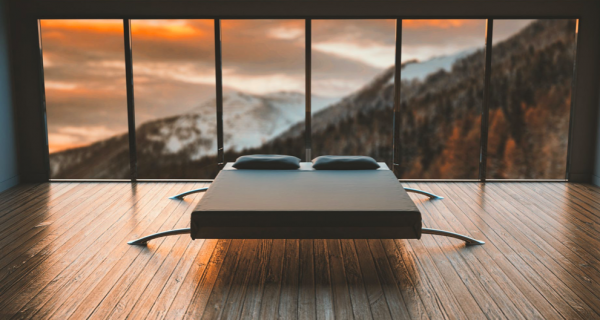 (Photo : by Patryk Kamenczak from Pexels)
This wooden flooring generates electricity as people walk on it. Here’s how it works:

As per SlashGear, researchers from Switzerland found a way to use wood to generate power, lighting up a lamp during the experiments. Thus, converting footsteps into electricity.

Aside from LED light bulbs, the power that the wooden flooring produces could even supply some small electronic devices.

The wood that was used as a flooring material is not like what you see at most homes. The Swiss researchers figured out a way to make an unusual energy source work.

It is to note that the scientists had to use the best type of wood to produce electricity. And it turns out that it is a radially cut spruce, one of the most common materials in construction, at least in the European region.

The researchers further revealed that it impressively harvested 80 times more electricity than any other wood.

In addition, the researchers that worked on the wooden flooring also wanted it to be another green alternative to produce energy for homes, according to NewScientist.

It is important to point out that wood is not the best material to use as an energy source, the senior study author, Guido Panzarasa said.

Panzarasa, who is also a group leader in the professorship of wood materials science in Switzerland, further said that: "Wood doesn't have a strong tendency to lose nor attract electrons."

The senior study author further noted that wood would not be the best choice to produce energy, but it is an undisputed material for buildings.

What's more, it is both a natural and a renewable resource. Not to mention that it stores carbon dioxide as well.

So, with all that said, how did these scientists make wood flooring work as an energy source?

It turns out that the researchers have to apply a special coating to the wood that they used.

To be precise, a coat of silicon has been put in the panels for it to gain electrons as someone steps on it. In addition, the coating specifically improved the triboelectric properties of the wood.

It is to note that the testing panel of the wood flooring is smaller than a piece of paper that is in A4 size.

However, despite its small size, it still successfully light up an LED bulb, as well as calculators. It powered up the small devices after a person stepped on the wooden flooring.

Paranzarasa went on to say that if this wooden panel is a whole floor, it could produce tons of energy by people simply stepping on it.

Related Article: Tesla Applies to the Public Utility Commission of Texas to Sell Electricity on the Retail Market