Apple's AR, VR Headset is Coming, But Would Require an iPhone Connection to Work and Fully Function

Apple was leaked to have its AR/VR headset to be coming soon that was speculated to be a confirmed venture for the Cupertino giant. The tech is now in development, but what the leaker discovered is that it needs a connection with an iPhone to fully unlock its features and bring out the full experience.

There have been a lot of leaks for Apple, with an AR headset that would have Spatial Audio and a VR headset that was leaked earlier this year. However, none were confirmed or have had features been revealed from the company. 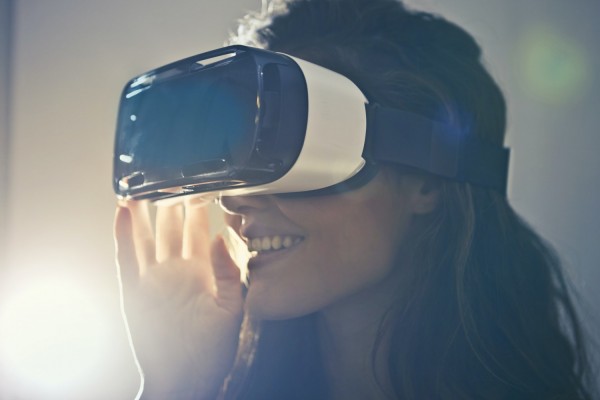 According to The Information, the Apple AR or VR headset would require a connection with a smart device, and it would preferably be the Cupertino giant's flagship smartphone line, the iPhone. No specific model of the iPhone or iOS was revealed, but it would most likely be paired with the latest release of the company.

The report said that the SoC or System-on-chip by the Cupertino giant for the AR or VR headset has already been done in the past year, and it awaits its integration with the device. Moreover, two additional chips were also completed by Apple which would be included in the device.

The VR headset can work on its own, but it would have limited functions or features to bring a user.

It would resemble the functionality of the Apple Watch which depends on the iPhone for its updates, installation of applications, other advanced settings, features, and more. However, it does not mean that it would be an "incapable" device, as it still is a piece of tech developed by the Cupertino giant.

As mentioned earlier, a standalone of the AR or VR headset would have limited functionalities, and it would not be able to do certain stuff alone, unlike that of its competitors. It is known that the Oculus Quest can be used without the accompaniment of smartphones, but is recommended to be used with these devices.

Moreover, it was not revealed if the Apple VR headset would have remote control devices, or can freely connect to a device that would help in navigating through its technology. For now, the details on the VR headset are a blur, as speculations only discovered limited information.

What to Expect on the Apple AR?

The Apple AR or VR headset is deeply integrated with the iPhone, and it only suggests one thing: it would focus heavily on games and applications.

Apple Arcade is the next big thing for the Cupertino giant, particularly as it requires a monthly subscription to bring a massive library of games that are free of ads and such.

The venture of the AR or VR headset may be connected to the Apple Arcade, especially as the company is aiming to be its forefront service, unlike its previous selling of games setup via the Apple Store.