Tesla CEO Elon Musk has plans to launch an electric car in the next two years. The automaker said that it would be a steering wheel-less EV that will cost $25,000. 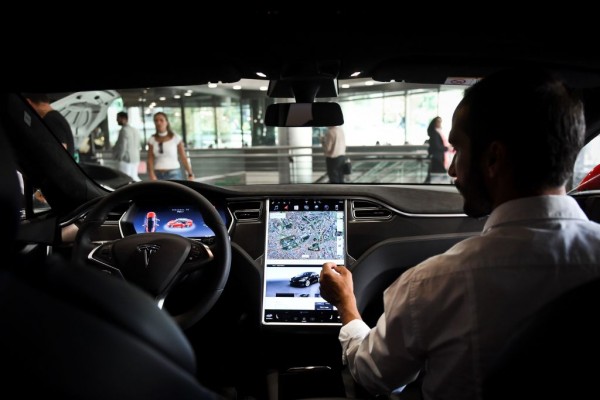 In a report by Electrek on Thursday, Sept. 2, Musk has already confirmed some of the details about the $25,000 electric car.

According to the people who attended the recent meeting with the Tesla CEO, the upcoming compact car in 2023 will not carry the "Model 2" name.

Instead, it would be a new car that still uses the Full-Self Driving feature but the twist is it won't come with a steering wheel and even pedals.

Previously, China teased that it is developing a Tesla for the customers. The past reports said that the project was still ongoing.

In line with the release of a new Tesla car, there are Chinese publications that reported about the EV maker's upcoming car.

The media outlets said that the vehicle would undergo a series of tests in late 2021. It would be more budget-friendly compared to the Tesla Model 3.

In another report, Tesla has announced that a fresh prototype for the Tesla electric vehicle has already been finished. Currently, the suppliers for the unnamed car are already in the queue.

As per the recent meeting, Tesla seems to be releasing two electric cars at an unknown date.

The first one will be launched in China. It will borrow a traditional Tesla design but with more compact components. The second one will adopt the FSD.

Tesla said it would be a cheap car that will soon be unveiled in the US.

According to Teslarati, the Model 3 will be the basis of the creation of the Tesla car that will arrive in China. The target market of this vehicle will be the consumers who have a limited budget for the purchase.

Despite its affordable price, Tesla plans to develop an EV that could compete with other local electric cars in the Chinese market. The automaker will equip the vehicle with the usual features of its car.

On the other hand, Tesla is eyeing to launch a budget-wise FSD car in the US. The firm bet on it to be a solution for autonomous driving.

Considering that the popular Chevy Bolt EV features no steering wheel on its car, Tesla is likely sticking with the same concept.

Tesla first announced the Model 3 concept during the Autonomy Day event in 2019.

Somehow, Tesla is on its way to dominating the EV market. The company wants to attend to all the demands of the buyers amid tighter competition with the world's biggest names in the EV car industry.

Last month, Tesla officially applied to be an electricity supplier in Texas.

Over the past years, the company has been exploring a potential way to bring electricity to different parts of the world.

The improvement of its electric battery could have been a spark plug for the company to enter the industry.

Going back to the Tesla cars, the company should be mindful of the concerns of its customers. For instance, the problem in July about the rodents gnawing the wires in the Tesla cars should be addressed properly by the firm.