Tesla has reportedly decreased the pricing for its Hardware 3.0 following the subscriptions for the Full Self-Driving that happened a few weeks ago.

According to the EV maker, the previous $1,500 price for the hardware upgrades will now become $1,000.

What is Tesla Hardware 3.0? 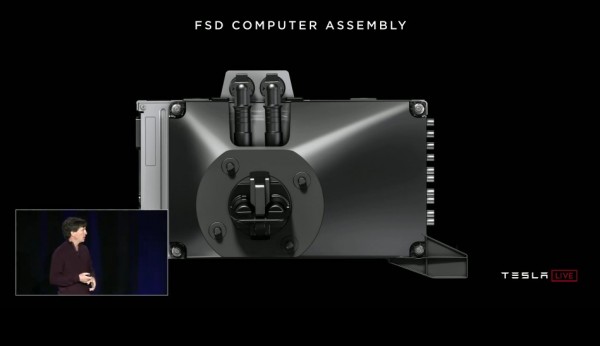 (Photo : Tesla)
Tesla has decided to decrease the price of FSD 3.0 Hardware Retrofit amid several concerns from the owners.

In an article written by Teslarati on Tuesday, July 20, the Hardware 3.0 retrofit is being used by electric vehicle owners to drive the EVs with ease.

For the specs of this product, it has been operating with 12 CPUs (2.2 GHz). It also borrows the 14 nanometers of Samsung chip through its computer.

Besides that, it features three quad-core Cortex-A72 clusters, together with a 1 GHz-Mali G71 MP12 GPU. There are also hardware accelerators inside this hardware, as well as two neural processing units (2GHz).

What Does the FSD Subscription Page Tell About Hardware 3.0

From the support page of the company about the Tesla Hardware 3.0 subscription, the EV owners who want to test the FSD system in their electric cars should first ensure that their automobiles have already installed the feature.

Moreover, the car manufacturer elaborated the instance where the owners have an outdated Hardware 2.5 in their cars, and when they just subscribed to the feature. According to Tesla, a requirement of having the HW3.0 retrofit would be mandatory before the drivers make use of the feature.

For those Hardware 2.0 and Hardware 2.5 owners who want to incorporate the Full Self-Driving feature, they would receive a free HW 3.0 upgrade for free.

"Tesla cars with Full Self-Driving Capability and Autopilot Computer 2.0 or 2.5 are eligible for a complimentary upgrade to the FSD Computer," Tesla said on its page about the eligibility of the Hardware 3.0 upgrade to the users.

Read Also: Elon Musk Says FSD V9 Will Be Based on 'Pure Vision' Approach; Production Release to Begin This Week

The EV manufacturer announced that its FSD Subscriptions for the price update of the Hardware 3.0 would decrease to $1,000. For those who already purchased the HW 3.0 retrofit for its original price of $1,500, a refund of $500 will be granted to them.

The Move Comes After Tesla Receives Flak From Other People

Electrek spotted that some owners who were complaining about the upgrade for the Tesla FSD Hardware 3.0 retrofit are in multiple forums.

For instance, there was a report by EE Times about HW 3.0. It is said that the system's price sits at nearly $190 per unit. The offer appears to be discouraging to others since this only covers the cost of hardware and not any related services for its installation.

Electrek explained that there was one owner back in 2017 who had no idea that the Tesla car update should be installed first in the system before enabling the Full Self-Driving feature.

At that time, there was no announcement about that process since it was only unveiled in 2019. The only thing that the drivers knew was the electric cars have already built-in FSD support.

Related Article: Tesla Releases FSD Beta 9 to Public, Says It 'Must Be Used with Additional Caution'-Why