Firefly released a video of its Alpha rocket's explosion, and the company also revealed reasons why the termination happened last September 2.

This was Firefly's first mission, and it has resulted in a failed launch that is followed by the need to eradicate the spacecraft before it reaches orbit or the ground. 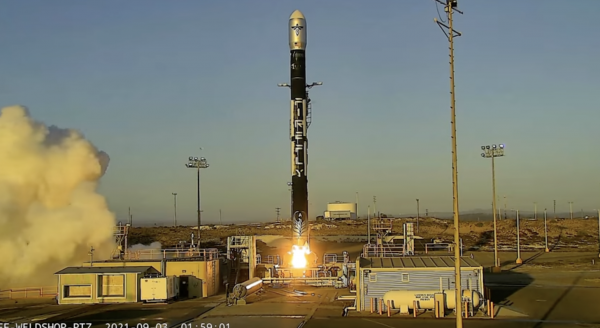 Initially, reports perceived that the Firefly Alpha caught on fire a few minutes after it achieved liftoff from the Vandenburg Space Force Base in Los Angeles. The company has decided to terminate it or hit its kill switch button to save anyone nearby from getting harmed or getting affected by the said explosion.

Firefly Alpha's main reason for the termination of its mission and flight was because of an engine shut down from four of its Reaver engines. According to a Twitter thread released by the company, the engine shut down was uneventful, particularly because it cleared the launch pad, and had a good start as it launched.

However, 15 seconds into the flight, the second engine among the four Reavers has shut down and malfunctioned throughout the entire happening. Thrust has terminated from engine 2 and was insufficient for the mission.

The rocket has reached subsonic speeds but was not enough for it to reach orbit.

Instead of pushing forth, the company has decided to terminate it before it even harmed residents that would receive the fallout, in case it came back to the ground.

We acquired a wealth of flight data that will greatly enhance the likelihood of Alpha achieving orbit during its second flight. In short, we had a very successful first flight.

Here are a few specific notes about the flight: 2/

Moving forth to its next stage of supersonic flight has caused it to lose control, hence the need to hit its "self-destruct" button and destroy the spacecraft, mid-air.

Alongside this, Firefly Alpha released a video of its rocket explosion, from its successful takeoff up to the point where it decided to kill the rocket. Here, the public can see what has happened, and how the team responded to the situation which consisted of a massive emergency.

This also showed the integrity of Firefly as a space company, and its actions to do the right thing despite costing them their flight and money. It is quite noting that its cargo consisted of private satellites.

Last August, it was known that NASA's contract with Boeing has kept on delaying, especially as the Starliner has shown failures to get its engine valves to open.

Firefly's Alpha mission was the first for the company, and despite ending on termination, it seems that the company would pick up on this and continue its flights soon. The company has faced a lot through the years, and it is determined to correct its mistakes and try again.

The mission has cost them a lot and may be a precursor to give up, but they have not mentioned anything with regards to retiring at this point.