El Salvador bought 400 Bitcoin worth 21 million in US dollars, announcing that the nation still plans to purchase more of it. It comes a day ahead of legalizing the biggest crypto as a currency in the Central American country. 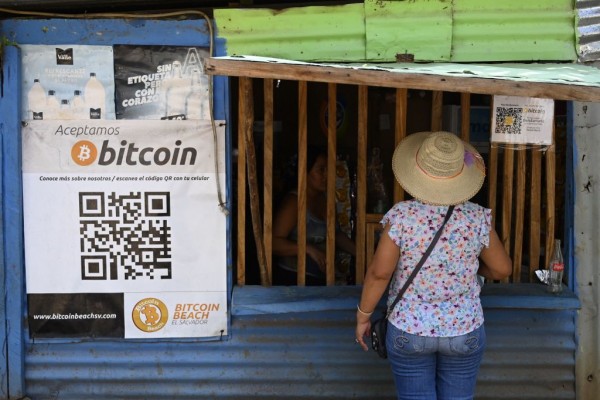 (Photo : by MARVIN RECINOS/AFP via Getty Images)
A woman buys in a store that accepts bitcoins in El Zonte, La Libertad, El Salvador on September 4, 2021. - The Congress of El Salvador approved in June a law that will make bitcoin legal tender in the country from September 7, with the aim of boosting its economy although analysts warn of a negative impact.

The El Salvador government previously announced that it will officially be known as the pioneering country to consider Bitcoin as a legal tender or a legit currency, starting Sept. 7.

It is worth noting that the Bitcoin law was passed way back in June.

As such, El Salvador also vowed to give its citizens $30 free Bitcoins, but there is a catch--only those who sign up for the national digital wallet will get to enjoy the freebie.

The digital that goes by the name Chivo, which in English literally means "cool," is meant to promote the top cryptocurrency as a currency in the country.

On top of that, non-citizens could also benefit from the pioneering law of El Salvador as they could get an instant residency.

All these non-citizens of El Salvador have to do is invest at least three Bitcoins in the Central American country, which in dollars is worth around $140,000. And they are now a resident of another sovereignty.

As per CNBC, El Salvador made another first after buying $20.9 million worth of Bitcoin, marking the nation as the earliest country to purchase cryptocurrency.

It is worth adding that the milestone came a day before the Central American nation officially adopts Bitcoin as a legal tender.

It was the President of El Salvador, Nayib Bukele himself who revealed about the recent crypto purchase of the country.

The top executive of the Central American territory further wrote that the brokers of the government will go on to add more Bitcoin to its balance sheet.

Business Insider further highlighted that El Salvador made two separate purchases of the most popular cryptocurrency, citing the series of tweets of the 40-year old president posted.

The first transaction was only to the tune of 200 coins, whereas the second acquisition is worth another 200 BTC. The chief executive further noted that the country "now holds 400 #bitcoin."

Our brokers will be buying a lot more as the deadline approaches.#BitcoinDay #BTC🇸🇻

Meanwhile, the media outlet further noted in the same report that a recent survey conducted in El Salvador showed that about 75% of the citizens in the country still have reservations about the new Bitcoin law, citing the increasing money laundering activities.

Read Also: El Salvador President Notes No Capital Gains on Crypto Due to It Being a 'Legitimate Currency'

To prepare for the Bitcoin law in El Salvador, the government announced last June 25 that it will be installing numerous Bitcoin ATMs in the nation.

To be precise, the Central American nation will be home to a total of 1,500 cryptocurrency ATMs initially. The government plans to invest a whopping $1 million for this move.

Related Article: Man Tracks Down 2 UK Suspects 3 Years After They Steal His Bitcoin Worth $750,000