The Ransomware Gang that goes by the name Ragnar Locker issued a threat to its victims that will attempt to contact law enforcement agencies, such as the FBI or Federal Bureau of Investigation. 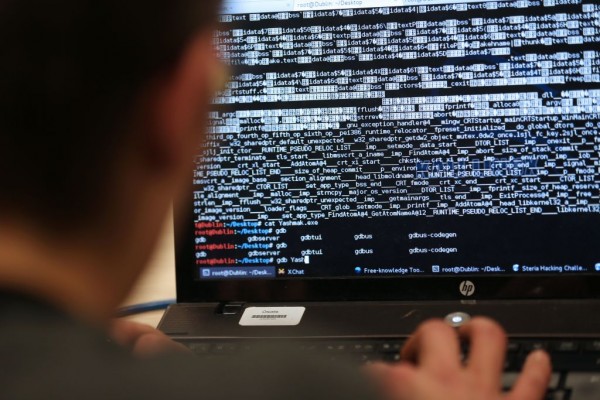 (Photo : by THOMAS SAMSON/AFP via Getty Images)
A student from an engineering school attends, on Meudon, west of Paris, overnight on March 16, 2013, the first edition of the Steria Hacking Challenge.

As per BlackPointCyber, Ragnar Locker has been on the watchlist of the security agencies from the United States, such as the FBI and Cybersecurity Infrastructure Security Agency or CISA. It is due to the increasing number of its victims, which are usually cloud service providers of numerous firms.

Not to mention that Ragnar Locker also previously cyber attacked companies belonging to varying industries, including travel, construction, and even communication.

It is worth noting that Ragnar Locker was behind the Capcom ransomware attack that stole about 1 terabyte of confidential data from the popular game developer, behind games like "Resident Evil" and "Street Fighter."

The massive cyberattack was attributed to Ragnar Locker due to its ransom note that was published from the website of the gang.

According to Bleeping Computer, Ragnar Locker warned that it will leak the data of its victims that will alert the authorities about a ransomware attack.

The threat to victims was published on the website of Ragnar Locker, warning that the entirety of the harvested information from the ransomware attack will be out in the open for those that will be alerting the authorities.

On top of that, the ransomware gang further included cases wherein its victims will ask help from data recovery experts that could help in decrypting the files.

Not to mention that victims are also warned against reaching out to entities claiming to be "professional negotiators," and will serve as the representative of the victim instead.

Ragnar Locker further explained that these "negotiators" are usually working side by side with authorities like the FBI through the recovery firm that hires them.

That said, the ransomware gang further claimed that the so-called "professional negotiators" are doing more harm than good to the process of recovering the stolen data from the hacking group.

The hacking group also added that these said instances will force the group to release the full data of the cyberattack victim on the .onion website of Ragnar Locker.

The note from the leaked website of the ransomware gang reads: "If you will hire any recovery company for negotiations or if you will send requests to the police/FBI/investigators, we will consider this as a hostile intent and we will initiate the publication of whole compromised data immediately."

Elsewhere, another ransomware gang that goes by the moniker Ragnarok bid farewell in a fashionable manner after shutting down its operations--by providing a universal master key to all of the files that it has encrypted.