NASA has to calibrate a lot of their stuff because, if they don't, they're going to lose whatever functionalities those gizmos have. And in turn, the world won't have enough reliable scientific data to understand our universe. 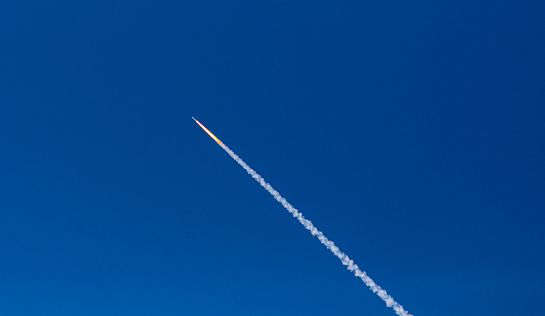 As such, their old sub-observing instrument, the Solar Dynamics Observatory or SDO satellite, is in need of much-needed calibrations.

NASA's 30-minute launch window for the EVE calibration is scheduled on Sept. 9 at 11:25 AM MT, where it will launch from the White Sands Missile Range, which is located in New Mexico.

According to NASA, this will be the eighth total calibration of the instrument since its first launch in 2016.

The main reason why NASA needs to periodically calibrate the EVE instrument is simple: the energy from the sun will degrade anything it hits over time.

The SDO and its EVE instrument is no exception.

Since its main job is to provide scientists with almost a real-time observation of the sun--albeit in a limited period of time because of the intense radiation--it constantly gets bombarded by solar particles and intense light, which can put its gizmos in disarray.

Read also: NASA Is Trying To Find Ways To Reduce Stress in Plants Grown in Space

Why Does NASA Need To Keep Tabs on the Sun?

Specifically, the goal of the SDO's EVE instrument is to measure solar irradiance, aka the energy from the sun that constantly hits the Earth.

But since there are multiple types of solar irradiance, the EVE instrument's task is to measure Extreme Ultraviolet radiation (a type of solar energy, alongside light and infrared/heat).

Typically, extreme ultraviolet never hits the Earth's surface because it gets absorbed by the atmosphere much higher up there. But if it does, then it can be harmful to people, electronics, and almost everything else.

NASA sent EVE to observe extreme UV in rapid intervals of 10 seconds. Then, the scientists on the ground can use the data they get from EVE to warn the world about when these extreme UV rays might cause damage.

They're also using it to make any manned space mission a lot safer, because once astronauts go beyond the protection of the Earth's atmosphere, they are at the mercy of the extreme UV rays, according to this NASA video about EVE.

Radiation Is The Biggest Enemy of Manned Missions

By now, you should know that NASA, in collaboration with SpaceX, are planning to send the first manned missions to Mars.

The only problem is that the Red Planet's very thin atmosphere doesn't offer much protection against radiation from the sun, not to mention the extreme UV that EVE measures.

As such, both NASA and SpaceX have determined that Mars missions should only last under 4 years, in order to protect the health of astronauts there.

While this may put a damper to the hopes of building a city on Mars by 2050, it's a great suggestion nonetheless.

Related: NASA Plans To Study, NOT MINE, A 'Goldmine' Asteroid Worth QUADRILLIONS By 2026

SpaceX's Elon Musk Wants to Create a City on Mars by 2050 After Announcement of Raptor Factory in Texas.