Bored Ape Yacht Club NFT collection was able to sell for a hefty price tag of $24 million in Sotheby's auction, proving that the initial prediction of $18 million fell short.

What is the Bored Ape Yacht Club Collection? 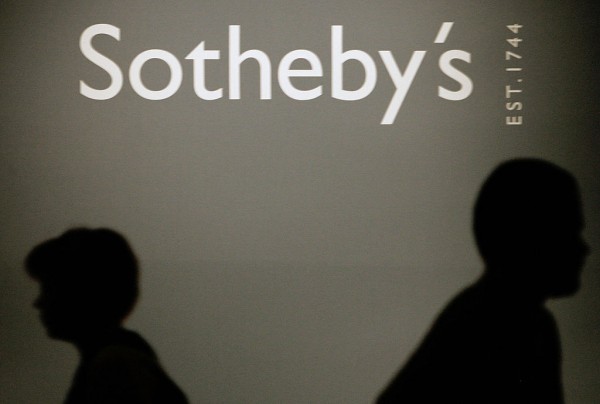 (Photo : by MAXIM MARMUR/AFP via Getty Images)
Moscow, RUSSIAN FEDERATION: People pass by a Sotheby's auction house logo in the Russian History Museum in Moscow, 23 May 2007. The international auction house Sotheby's opened an office in Moscow 23 May 2007 in response to rapidly growing interest among Russian buyers in the international art market.

The Bored Ape Yacht Club or BAYC NFT bundle from Sotheby's was composed of 101 apes.

On top of that, the auction also sold another 101 Bored Ape Kennel Club NFTs for a whopping $1.8 million.

As per The Verge, the recent collection sale from the Sotheby's auction is considered as one of the biggest ever in the world of NFTs in terms of price.

Among the list is the sale of a nine CryptoPunks NFT bundle last May, which carried a price tag of $16.9 million. Another one is the sale of an NFT collage by Beeple, which sold at the tune of $69 million.

According to Cointelegraph, the auction at Sotheby's closed on Sep. 10, with the winning bid at a whopping $24.39 million. The final price of the BAYC collection surpassed the early estimate that started at $12 million.

It is worth noting that the average Bored Ape price from the expensive auction was above the floor price of the popular NFT elsewhere in the market.

The data from OpenSea showed that the minimum price of Bored Ape NFTs outside Sotheby's is only around $135,000 or $39 ETH.

However, unlike the much sought-after BAYC, the Kennel Club only sold at a winning bid price of $1.83 million. That means that each NFT from the collection was only auctioned at $18,150. But still, that price is beyond the OpenSea floor price average of $10,700.

It is worth adding as well that the price tag of the Kennel Club collection was still within the early price prediction of $1.5 million to $2 million.

Previously, BAYC NFT broke the record price last Sep. 8 after Sandbox bought a single ape for a whopping $2.9 million. The recent sale beat another auction by Sotheby's to an NFT collector that goes by the name Robistravelling that sold at a cool $2.2 million.