Editor's note: Palantir reached to us and informed us about the previous report. The company said it is not true that the U.K. government is not using its platform anymore. They also denied the "planned temporary contract coming to a close has any link whatsoever to third-party pressured groups or campaigns."

"Palantir's £23 million contract with NHS England remains in place. The Adult Social Care Dashboard is an add-on to the NHS England contract add on was always intended to be temporary (as shown by the publicly available contract information linked below). It was intended as only a 6 month contract from January to June 2021, though it has since been extended by mutual consent and is now operating on a month-to-month basis."

There's no termination of either NHS England or the U.K. Department of Health contracts. The Adult Social Care Dashboard is an add-on to the existing NHS contract and will transition to a month-to-month from September 2021. Palantir will look out for further opportunities to work together with DHSC, including their upcoming tenders, said Palantir spokesperson.

The U.K. government no longer uses Palantir after officials discovered that its track record is "appalling" or unreliable. The controversial data-sharing agreement between the U.S. tech firm and the United Kingdom has ended after various privacy campaigners criticized the software. 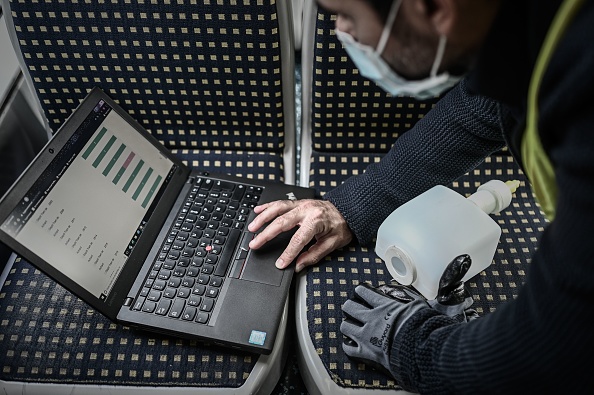 (Photo : Photo by PHILIPPE LOPEZ/AFP via Getty Images)
Staff member and head of maintenance of Keolis Bordeaux, Romain Yuste, carries verifications on his computer and refill operation of hydroalcoholic gel dispensers in a coach of the tramway in Bordeaux on November 27, 2020. - The connected sanitizing dispensers deployed on the entire fleet of the Bordeaux tramway and buses provide informations of the level of hydroalcoholic gel in order to monitor the consumption in real-time.

This detail was confirmed after the U.K. Department of Health and Social Card released a tender document, suggesting that the country's Adult Social Care Dashboard should replace its Palantir system with the new EDGE, a software developed by the U.K.-based defense firm, BAE Systems.

"The future UK Health Security Agency Architecture ... is seeking to move away from reliance on third-party data analytics platforms and software," said the Department of Health and Social Care in its filing.

The government agency added that the new EDGE (Environment for Data Gathering and Engineering) was specifically developed for the use of DHSC.

Palantir Removed From the U.K.

According to CNBC's latest report, the London-based IT consultant, Mozaic Services, would receive $138,000 after removing Palantir, replacing it with EDGE software. 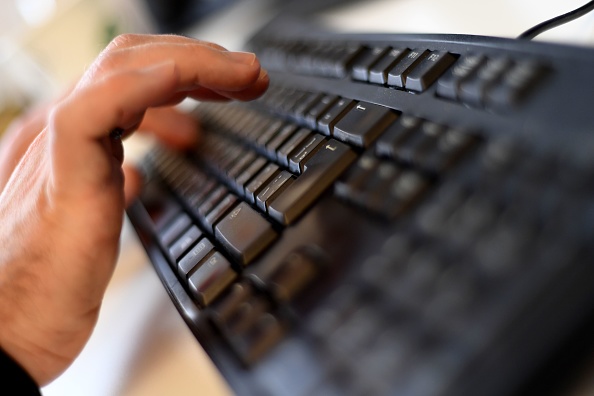 (Photo : Photo by KIRILL KUDRYAVTSEV/AFP via Getty Images)
A picture taken on October 17, 2016 shows an employee typing on a computer keyboard at the headquarters of Internet security giant Kaspersky in Moscow. (Photo by Kirill KUDRYAVTSEV / AFP) / TO GO WITH AFP STORY BY Thibault MARCHAND

The U.K.'s latest system migration project began last Aug. 28, which is expected to last until Sept. 30. As of the moment, the Department of Health and Social Care and Palantir haven't released any statement regarding their contract's termination.

The agreement of Palantir with the government is supposed to be renewed this coming Sept. 30. However, because of the campaign to stop the giant American firm from working with the U.K. National Health Service, the contract renewal would no longer happen.

Palantir's software is not the only one that is facing criticism. Users across the globe are now bashing even Adobe Photoshop because of its new V22.5 update. On the other hand, Google Photos printing service is now expanding its service.

Although Palantir's system is claimed to have an unreliable track record, Flight Global reported that the U.S.-based tech firm is still attracting new partners.

These include Skydweller, which signed an agreement to use Palantir's Foundry artificial intelligence program after raising more than $8 million.

For more news updates about Palantir and other software providers, always keep your tabs open here at TechTimes.

Related Article: Asus Can Operate Windows 11 to Older Systems Even Those That Are Not Supported by Microsoft