Tiny Homes Startup With a Focus on Tech, Healthcare Wants To Build Homes for the Homeless

A tiny homes startup based in Seattle has expressed their desire to address the homelessness in the city.

The tiny homes startup called City Pods is hoping to build small dwellings for homeless people that not only provides adequate shelter, but also access to telehealth resources, reports NewsWeek. 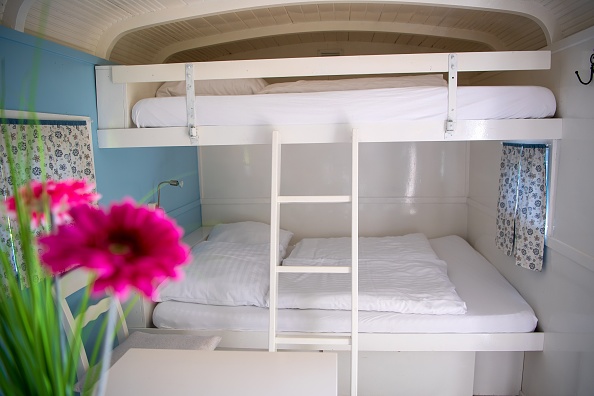 Company founder Keenan O'Leary originally planned his venture to offer people a low-cost alternative to staying in hostels, but the pandemic has been hard on the business itself.

Coupled with the risk of a business failure and seeing the effects that the pandemic has had on Seattle's population, O'Leary realized that his tiny homes startup could be put to better use.

All of City Pods' tiny homes are designed for easy setup in any unused space that has access to plumbing, heating, and cooling.

However, O'Leary partnered with designer James Lee reworked the tiny homes to better serve the homeless.

Their redesign involved using aluminum frames for strength, as well as PVC plastic panels which are easy enough to clean. The panels are also bacteria-resistant, which is extremely useful given the world's current situation, and is protected from graffiti.

Furthermore, the tiny homes can be easily repaired if one panel is damaged.

But aside from everything else, the one thing that sets apart these tiny homes from City Pods is their focus on tech-ifying the dwellings.

According to a report by GeekWire, each pod will be equipped with Amazon Fire tablets, which people can use to access healthcare services within the privacy of their homes.

These services could be anything from mental health experts or support for treating substance abuse, which O'Leary says are some of the biggest root causes of homelessness.

City Pods is offering their tiny homes to government agencies, elected officials, and organizations that aid the homeless.

Read also: This Tiny Cosmos-Inspired Pod By Ex-IBM Manager is Available For Pre-Order For Only $99 {Photos Inside]

Tiny Homes With Tech: The Answer to Homelessness?

In the United States, where home prices and even rent have been skyrocketing for the past several years, homelessness is one of the most obvious end-results.

According to data from EndHomelessness.org, over 580,000 people reported they were homeless as of January 2020. A good chunk of this number, or 70% were individuals, with the rest being families with children. 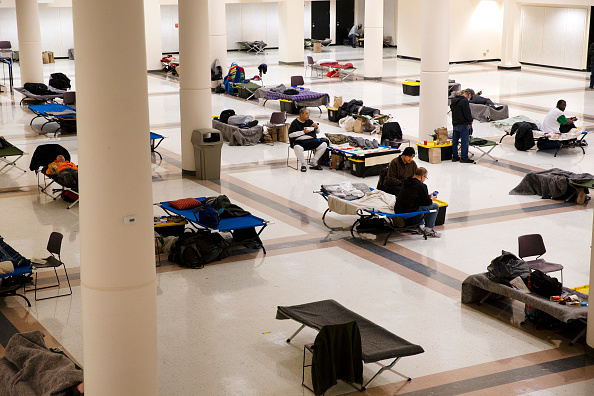 (Photo : Karen Ducey/Getty Images)
SEATTLE, WA - APRIL 06: The Exhibition Hall at the Seattle Center has been turned into a temporary men's shelter on April 6, 2020 in Seattle, Washington. The space currently has 150 beds, separated six feet apart, and operated by the Downtown Emergency Service Center (DESC). King County and the City of Seattle are working with higher capacity shelters to create more spaces and increase social distancing between individuals, which can help prevent the spread of COVID-19.

There are far more reasons for homelessness, though, aside from sky-high home prices and rent.

According to LifeBridgeNorthshore.org, unemployment and mental illness make up two of the top three causes of homelessness in America.

It's easy to see how those two can be directly linked: people who struggle to find jobs can find it tougher to maintain their mental health, which could lead to substance abuse and other things.

Tiny homes for the homeless, especially with built-in tech-based access to healthcare, is not the magic pill to solve this problem. But it could usher in an era of startups who care for those who couldn't get themselves a good place to live.