NFT games seem to be getting more popular by the day. New ones are popping out constantly, and this particular game would've made it if it didn't allegedly do some shady stuff.

A specific NFT game called "Epic Hero Battles" made a few headlines recently after being called out online, reports Kotaku. According to its original pitch, the "blockchain-based" game on the Ethereum network offered a total of 10,000 NFTs that consisted of a randomly generated character with a pet.

Players could buy these hero-pet NFTs to battle against presumably other people, enabling them to either win prizes or more NFTs.

However, the "randomly generated" bit was called into question by game developer Dan Hindes on Twitter. Hindes was the mind behind the popular indie game "Wildfire," which he claims has a piece of its key art was stolen by the creators of "Epic Hero Battles":

The developers of the NFT game then responded, essentially apologizing to Hindes and their players for their mistake. They claimed "this won't happen again, honestly," but perhaps the damage has already been done.

Widespread Theft Gets Rooted Out

Due to the debacle with the "Wildfire" creator, people then started digging into the NFT game's Twitter account and found what looks to be more stolen art.

According to users, the game's profile picture on Twitter was stolen from the Tumblr profile of artist ThankingTheAcademy. The art piece that was used as background for the game's content roadmap was also allegedly taken from a Facebook artist called Boki Boki.

But instead of directly addressing these accusations of theft, the developers of the NFT game deleted their Twitter account amidst the storm of criticisms. Their website is still active, though, but looks a bit more empty because they had to take down the stolen game art.

NFT: All About Protecting Copyrights

It seems like the creators of "Epic Hero Battles" bit off more than they could chew with the NFT games fad. Because an NFT, in its most basic form, is about protecting intellectual properties. 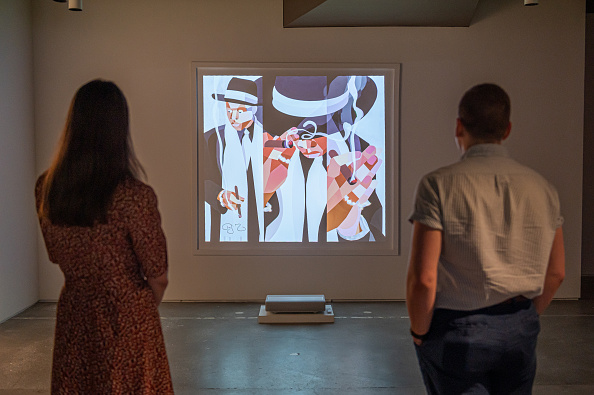 NFT stands for "non-fungible token." The term "non-fungible" is used to describe something that is unique and can't be replaced, like original intellectual property. It could be a song, a poem, or even the source code for the World Wide Web.

This is why NFTs often cost a lot of money and why NFT games like "Axie Infinity" are popular these days. The creation and selling of a non-fungible token can be a very lucrative business.

What Will Happen Now?

So far, the creators of "Epic Hero Battles" have not made further comments from the allegations, aside from their decision to delete their game's Twitter account.

But this thing must set a precedent for anybody who wants to get in the NFT game business. It's all good if you want to have a cut of the pie, but you'll have to make sure to live up to what a non-fungible token stands for.

Related Article: NFT vs Cryptocurrency: Are They the Same Thing?