A VR standalone headset is about to enter Kickstarter could shape up to be one of the best of its kind. 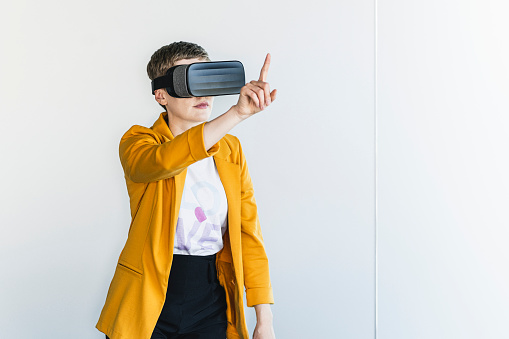 The headset is the product of a two-year-old French startup called Lynx and is called the Lynx R1, according to GameRant. The VR standalone headset is designed to allow players to use both virtual reality games/apps and mixed reality media and costs $499 to pre-order.

This is made possible by the Lynx R1's two high-res cameras that will actually let users see a virtual reality overlay on top of the real world. Compared to other VR headsets, which don't let you see out of them while wearing, this is certainly something different.

The official website for the Lynx R1 calls the product the world's first all-in-one mixed reality headset. It's also there where they mention the product's specs: a Qualcomm XR2 CPU, 6DoF, SteamVR compatibility via OpenXR or NVIDIA's CloudXR, a 1600x1600 resolution per eye at 90Hz with 90-degree FOV, and support for Unity 3D SDK and OpenXR, among others.

Here is the official trailer for the new VR headset, uploaded by the UploadVR YouTube channel:

VR Battle Against the Oculus Quest?

VR and virtual reality gaming kind of slowly fizzled into the background after its heyday during 2016-2017. Industry people used to call VR the future of gaming, and then ray tracing came along.

Even several of the big-name VR headset manufacturers such as Oculus took a step back because of a lack of interest. However, they might have been doing it to themselves with how they designed their products. This is where the Oculus Quest vs Lynx R1 fits into the equation.

One of the biggest knocks against the Quest is its extremely restrictive Facebook account requirements and closed ecosystem. Facebook never seemed to budge, which is why people are excited (though cautiously optimistic) about the Lynx R1, reports UploadVR.

What's Under the Hood?

Compared to the specs of the Oculus Quest, the Lynx R1 VR standalone headset certainly can throw a few punches of its own. Its competition does feature slightly better resolutions for both eyes (1832x1920 for the Quest per eye), but they both have the same Qualcomm XR2 CPU.

Aside from this, the Quest also now supports a 90Hz refresh rate (a significant improvement from its original 72Hz), which puts it at equal footing with the Lynx R1. Lastly, the two systems have the same amount of memory (6GB) and will last around 2-3 hours running on battery power alone.

When Will it Launch?

There is no official launch date yet for this standalone virtual reality headset, but it is scheduled to come to Kickstarter soon. Its website says the Kickstarter page will apparently go live this month, so the wait is on.

Interested potential backers could provide Lynx their email addresses for immediate updates on the campaign.