ExpressVPN Executive To Be Fined $1.6 Million for Alleged Cybercrime Charges

An ExpressVPN executive is facing a $1.6 million fine for cybercrime charges filed against him and two other people.

Daniel Gericke, who serves as the chief information officer of ExpressVPN, is a former US intelligence officer and military manwho has been charged for his purported involvement in Project Raven, which is a top-secret spy operation allegedly operated by the United Arab Emirates, reports Tech Radar.

The US Department of Justice handed down the fine, which Gericke and his two accomplices, Marc Baier and Ryan Adams, all agreed to pay to resolve the criminal charges against them.

According to the case, the three men basically worked as mercenary hackers for the UAE during their time with Project Raven.

Despite this debacle, however, ExpressVPN expressed their support for their company executive, reports CNET.

Either way, the $1.6 million fine that the three defendants have to settle is part of their agreement to cooperate with US authorities, in exchange for "deferred prosecution."

Aside from this, the defendants also agreed to forfeit US and foreign security clearances, as well as employment restrictions in the future.

All in all, it looks like ExpressVPN has had its share of bad luck lately. Early this month, the company was tagged in a lawsuit which aims to make them, alongside other VPN providers, liable for their customers pirating online content.

ExpressVPN was sent numerous copyright infringement notices, with the three other VPN providers being VPN Unlimited, Zenmate, and Unlimited SurfShark.

ExpressVPN Executive Scandal: What in The World is 'Project Raven?'

Governments can say whatever they want about the apparent "non-existence" of their top-secret spying programs, but espionage is still a key part of running a nation. And Project Raven is a perfect example of that.

The ExpressVPN CIO and two others formed part of a so-called "secret hacking team" of American mercenaries that spied on rival leaders, political dissidents, and rival leaders of the nation's monarchy.

According to a report by Reuters, a lot of the operatives on Project Raven weren't even Emirati citizens, but mostly foreigners.

These former US government hackers employed their state-of-the-art tech, as well as their wealth of experience and knowledge to achieve the spy program's goals.

One member of the team, a woman named Lori Stroud, eventually lost interest in the mission after learning that Project Raven also spied on Americans.

Unlike the ExpressVPN executive, however, Stroud is not as high profile and lives under-the-radar in an undisclosed location in the US.

This issue with one of their top executives is not even the only thing that has plagued ExpressVPN recently.

For instance, the company's services are now blocked in Russia, alongside five others. This decision was made ahead of the country's parliamentary elections.

But does this mean that you can't trust a VPN provider anymore?

Not really. VPNs are still very useful, because they allow you to do things on the internet that you normally won't be doing without it. 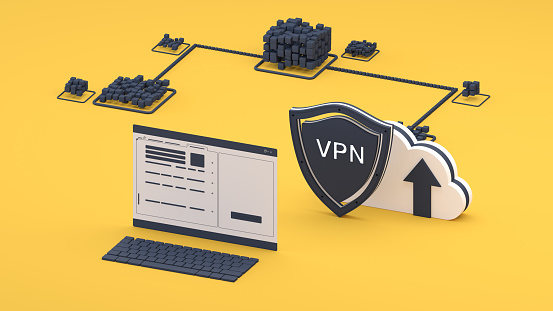 Just be wary about who you're giving your hard-earned money to.

Related: Difference Between Tor and VPN and Which one is Better

Difference Between Tor and VPN and Which one is Better

5 Amazing Things You Can Do With a VPN