For many times, Samsung Galaxy Tab S8 Ultra has been linked to several rumors about its features and specs.

Despite the surge of leaks that tells more about its design and capability, we have not yet heard any word from the company about when it would release the said product.

In hindsight, we usually assume that this Galaxy S8 Ultra tab could closely resemble the design of an Apple tablet. However, we have spotted a rumor that it could perfectly replace a typical laptop. 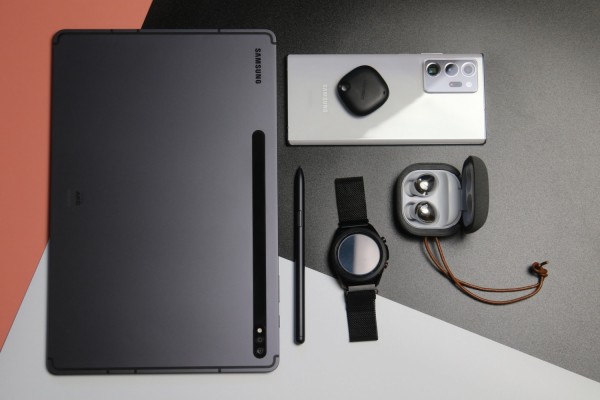 (Photo : Silivan Munguarakarama from Unsplash)
Here is the latest leak about Samsung Galaxy Tab S8 UItra which is rumored to be released in 2022.

According to a report by SlashGear on Thursday, Sept.16, there are old rumors that point out this tablet as a laptop replacement. Since these "pro" tabs borrow the size of some laptops, it's good to know that this transition could happen.

For instance, many users have been keen that Android could have done better for its products.

On the other hand, the rumor about the Cupertino giant could hint at its launch of a huge iPad Pro. It seems that the tab competition is going healthy between Samsung and Apple.

In response, the Galaxy Tab S8 Ultra was allegedly under certain development at the moment. It is believed that it would be revealed soon while the company is preparing for its 2022 release.

From what Android Police spotted recently, the rumors highlighted that this tablet will sport a huge screen bearing 2K resolution and 2960x1848 pixels.

The speculations continue with it having a 120HZ refresh rate, that's why many assumed that it could be a suitable tablet for video and image editing.

Besides that, the leak pointed out that it could also pass as a gaming tablet with its big battery of 11,500 mAh.

Furthermore, we have encountered many reports that said more about Galaxy Tab S8 Ultra's storage.

According to the sources, it would feature 8MP cameras in front. Additionally, it would also hold two 5MP cameras.

For its storage, the Samsung Galaxy Tab S8 Ultra rumor claimed that it would come with 512GB storage and 12GB of RAM.

This year would be an iconic entrance of Samsung to the market once again with the upcoming launch of Galaxy S22 Ultra in the following year.

What About Samsung Galaxy Tab S8?

The Ultra version will not be possible without its predecessor: the Samsung Galaxy Tab S8.

In February, we reported that the South Korean electronics firm had released both Galaxy Tab S7 and S7 Plus last year. This means that people have high expectations that Samsung Galaxy Tab S8 was just around the corner.

While this previous tablet has a lot of amazing features, many fans were not happy when a leak about its chip came out. According to the leak, the Galaxy Tab S8 might not get an AMD-Powered Exynos chip. Instead, a new Qualcomm Snapdragon SoC will be housed in the device.

On the bright side, the Exynos chip could make its way to the tab if the RDNA2 AMD GPU could have a good run with it.

Related Article: Galaxy S21 FE Might Be Available to ONLY Two Markets As Delays Plague its Launch