Piracy is going to be really tough to pull off in the UK from here on out.

TechRadar reports that a nationwide piracy crackdown has now commenced in the United Kingdom, with the main focus being pirated movies.

It began with several customers of Virgin Media, a UK-based movie streaming service, getting emails from a company called Voltage.

The users were asked if they, in some form, illegally downloaded the movie "Ava." And if they admitted to doing so, they were told they'll have to pay a fine and promise the authorities to never stream it illegally again.

But if they deny having pirated it, however, they'll have to actually go to court to prove that they didn't.

According to various reports, Voltage is a company that apparently has a reputation for tracking down pirates all over the world. Their latest efforts now have them working with the UK High Court to demand information on specific customers of Virgin Media, who they accuse of piracy.

Here is an excerpt from the letter that was sent to suspected Virgin Media customers:

"This letter assumes that you, as the account holder for the infringing IP Address, were the user of the relevant device on the dates and times at which Ava was shared without the consent of VOLTAGE. The purpose of this letter is therefore to give you an opportunity to admit or deny that your broadband account was used via BitTorrent in relation to Ava on the occasion specified above."

This piracy crackdown has been planned for a while now.

Back in August, The Express reported on police officers going door-to-door all around the country. They visited homes in Hertfordshire, Essex, West Yorkshire, and Pembrokeshire, looking for suspects in the illegal streaming of copyrighted media, such as Hollywood movies, Premiere League games, and even original drama shows from Sky.

Read also: Top 10 Most Common Digital Piracy Myths Busted: Who's Pirating What And Why?

Movie piracy is very frowned-upon by a lot of global authorities. When people get caught in countries that have strict laws, they're faced with a lot of legal trouble.

One couple in the US, for instance, was fined $35,000 after they were caught downloading pirated movies from a site called YTS. They were initially ordered to pay a considerably smaller $1,000 fine, but they failed to do so. 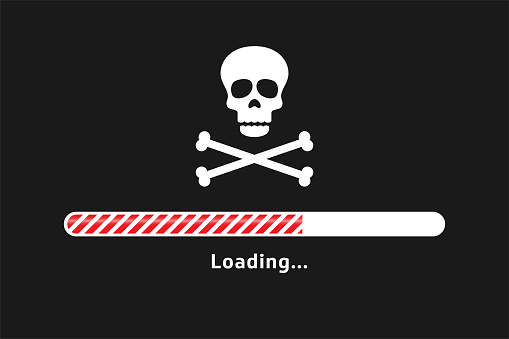 Companies that own movie copyrights are also going after VPN providers as well, in another attempt to stop piracy.

Earlier this month, a lawsuit was filed in a Virginia federal court against four VPN companies: VPN Unlimited, Zenmate, ExpressVPN, and Surfshark for their alleged complicity in helping pirates illegally download content.

Virtual private networks are considered an integral part of torrenting, which is the process of illegally downloading movies and other copyrighted content. That's because a VPN can hide a user's IP address from any external groups that might be monitoring their activities online, such as their own ISPs.

In this case, do yourself a favor and refrain from pirating anything if you live in the UK, or anywhere in the world for that matter. The legal troubles are never worth it.

Related: Why should I use a VPN for Torrent?

Why should I use a VPN for Torrent?

Top 10 Most Common Digital Piracy Myths Busted: Who’s Pirating What And Why?