#TechTimesLifeHack: How to Set an iPhone Alarm to Know it is Fully Charged

iPhones could set an alarm to notify their users when their battery is already fully charged, but it does not come with the Apple device built-in. 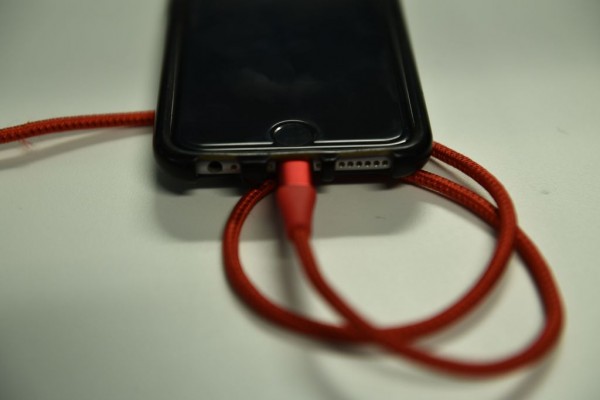 (Photo : by BRENDAN SMIALOWSKI/AFP via Getty Images)
An iPhone 6S is plugged into a battery charger on March 18, 2019 in Washington,DC. (Photo by Brendan Smialowski / AFP) (Photo credit should read

It is worth noting that iPhone batteries degrade over time, similar to other smartphones or battery-powered devices.

However, there are a couple of tricks that could help prolong the health of your iPhone battery before it starts losing its charge.

As per Android Authority, smartphone batteries, in general, are not best to be left charging continuously even after it hits 100%.

Doing so could damage the plating of the metallic lithium, and in rare cases, causes an annoying error that often reboots the smartphone.

Not to mention that the high voltage of charging at 100% and the excess heat from the wasted power are also harmful to your iPhone battery health.

Although Apple introduced a safety feature on the iOS 13 that pauses battery charging until 80%, it will still eventually reach 100%.

Given that leaving it plugged in when fully charged is damaging to your iPhone, here's how you could set an alarm to notify you when the battery reaches a hundred percent.

As mentioned earlier, setting up the alarm that automatically rings when the battery completes its charge is not built-in on iOS.

Instead, a third-party developer made the handy function possible on iPhones, as per iOS Gadget Hacks.

So, here's how to install it on your Apple smartphone.

Set Up the Alarm

Now that the Battery Full Alert shortcut is installed on your iPhone, it is time to set up the alarm.

After which, a prompt asking for the permission of your alarm clock settings will pop up. To make the app work, simply select Allow Access.

And that's it. The new shortcut should start triggering the alarm once the battery is fully charged.

Read Also: #TechTimesLifestyleHack: How To Buy the Best Power Adapters for ALL iPhone 12 Models: 2021 Edition

How to Delete Alarms

However, the annoying thing about the shortcut is that it creates an alarm every time you fully charge your iPhone, but it does not delete on its own.

As such, the Alarm app will be flooded with random alarm settings. But thankfully it leaves the tag Full Battery Alert, so it is still easy to identify and delete.

ⓒ 2021 TECHTIMES.com All rights reserved. Do not reproduce without permission.
Tags: How to Set an iPhone Alarm How to iPhone iPhone Alarm Fully Charged iPhone
Most Popular