If you are currently using a Chinese smartphone, it's better to get rid of it as soon as possible, according to Lithuania's Defense Ministry.

The Lithuanian official recommended that people who are planning to buy a China-made mobile phone should avoid it because of censorship concerns.

Lithuania Advises People to Throw Away Their Chinese Smartphones 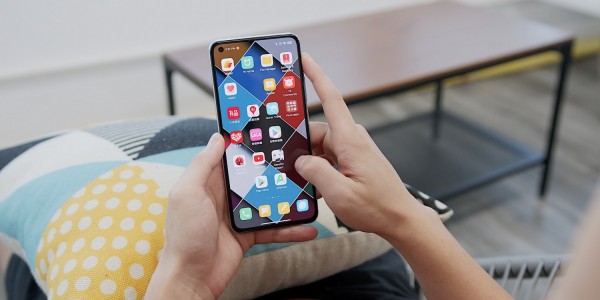 (Photo : N.Tho.Duc from Unsplash )
Lithuania's defense ministry has an important reminder to those who use Chinese smartphones: avoid buying them. Why?

From the official site of the Ministry of the National Defense Republic of Lithuania, the citizens could face some risks when using Chinese smartphones.

Upon conducting the test, many flagship phones that are made in China were discovered to have built-in censorship capabilities.

Lithuania's cybersecurity department said that these devices can recognize the terms and censor some words such as "Free Tibet" and "Long live Taiwan independence."

However, the authorities said that it could be activated at any time.

"Our recommendation is to not buy new Chinese phones, and to get rid of those already purchased as fast as reasonably possible," Deputy Defense Minister Margiris Abukevicius said in a report by CNN.

When Taiwan said that its Lithuanian mission would be dubbed as "Taiwanese Representative Office," China immediately ordered its Beijing ambassador to be withdrawn.

The city of Taipei, which China believes to be a part of the country, was involved in the missions based in the US and Europe.

In connection to censorship concerns, Lithuania's National Cyber Center has received data encryption from a Xiaomi phone. It was found out later that the Huawei P40 5G phone was connected to a Singaporean server.

The report tackles the words that could be censored by Xiaomi's apps.

Read Also: Weibo User: Signal Has Been Walled - Why Did China Block this App?

Back in July, people were hyped about the launch of the Freedom phone, which became a big hit in the United States. At that time, many fans expected it to compete with the biggest names in the smartphone industry.

At the same time, a report concluded that the mentioned device was made in China. There's a chance that it was a fake smartphone.

For phone experts, there were red flags that were engraved in the China phone.

For instance, the company behind the production of Freedom phones did not provide any information about its specifications.

Meanwhile, the start of the pandemic hinted that people would have a high reliance on technology, especially app usage.

In March 2020, the Chinese messaging app WeChat was discovered to have been censoring words related to coronavirus.

In February, over 300 new censored key phrases were added to the Chinese app. The researchers also laid out the same findings with another app Y.Y.