'The Last of Us' Day 2021: Photo Mode Event, Limited Edition Vinyl, and MORE!

"The Last of Us" Day 2021, which also happens to be one year after the release of "The Last of Us Part II," brought a couple of exciting announcements from its developer, Naughty Dog.

These announcements include the return of the Photo Mode, a limited edition vinyl, and even exclusive merchandise for all the fans. 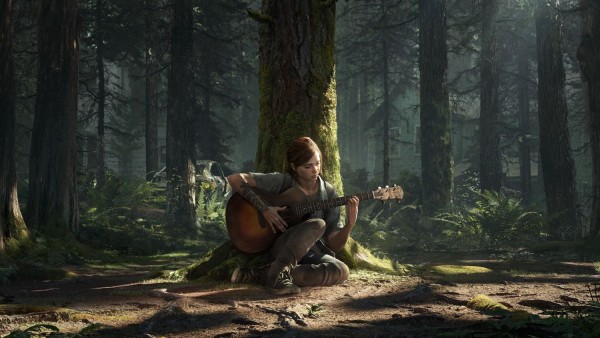 (Photo : Naughty Dog, LLC/Facebook)
Major plot-heavy cutscenes from The Last of Us Part II have been leaked.

"The Last of Us" Day 2021 has a couple of exciting announcements for the loyal and avid fans of the game. One of the announcements made by Naughty Dog involves the Photo Mode event.

All the way until October 29, players can submit their game captures to the Photo Mode event. However, take note that there will be themes for each week if you are planning to submit a capture or two.

Take note as well that you have to post your Photo Mode shots on Twitter, include the hashtag #TLOUPhotoMode, and tag @Naughty_Dog.

According to the announcement posted on the PlayStation blog, selected Photo Mode shots will be retweeted daily. They will also be included in the scrapbook anyone can view on the Naughty Dog blog.

Related Article: Senior Citizens React (Emotionally) To 'The Last Of Us'

"TLOU" Part II GS Mini and 314ce guitars are also offered, but only via the PlayStation EU Gear Store.

Believe it or not, there are more announcements from this year's "TLOU" Day!

Naughty Dog, in collaboration with Mondo, has announced the opening of pre-orders for The Last of Us Part II: Covers and Rarities vinyl. The vinyl can be pre-ordered on the Mondo website.

According to the announcement on the PlayStation blog, "This special release has been a huge fan request, and we're excited to present this EP featuring tracks sung by Ashley Johnson (Ellie) and Troy Baker (Joel) and guitar by Chris Rondinella."

Naughty Dog has also partnered with Dark Horse Direct for a limited edition statue of Joel, one of the game's main characters. The statue is 14.25" tall and shows Joel with his gun and guitar.

Pre-orders can be made on the Dark Horse website. The statue will be shipped next year.

ⓒ 2021 TECHTIMES.com All rights reserved. Do not reproduce without permission.
Tags: Video Games Gaming The Last of Us The Last Of Us Part II The Last of Us Day Naughty Dog

Senior Citizens React (Emotionally) To 'The Last Of Us'

The Last of Us Part II is Coming, and You Can Celebrate With a PS4 Pro Bundle and More