Waymo, Cruise Gets Permit for Robotaxi and Self-Driving Ventures in SF, Receiving Payments for Rides

Cruise and Waymo both get a go signal from San Francisco to roll around their robotaxis without the requirement of safety personnel that would intervene during emergencies. That is right, there would be full autonomy for the vehicles of the companies to operate in a fully driverless state, rolling around with only its technology to rely on.

GM owns Cruise, and it is a venture of the company to have a driverless ride-hailing service that would go present its technology and lineup with the industry leaders during these times. It is known that Waymo is one of the top pioneers of the driverless ride program, focusing on the robotaxi ventures since the beginning of its innovations.

Cruise and Waymo to Operate Driverless in San Francisco 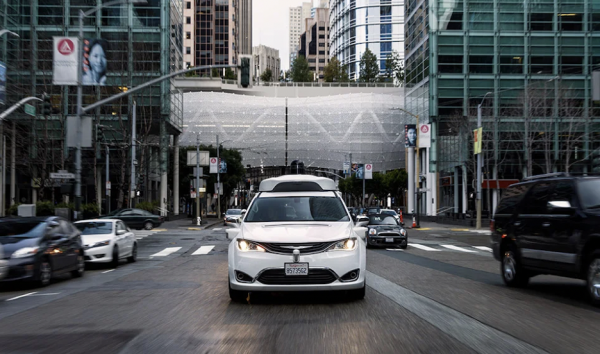 The release by both companies has been circulating the web for some time now, and it confirms that they have received the go signal to operate driverless around San Francisco. This venture no longer needs a driver in the front seat to intervene whenever they feel like the system will lead to accidents, crashes, or miscalculations.

The technology is not yet widely available in the market, especially that of Tesla's Full-Self Driving EVs that have yet to remain in the beta stage and improve on its current setup. However, that does not mean that it is not yet ready for companies like Alphabet and Waymo, as well as GM and Cruise.

The Waymo Driver technology, is known to be integrated on most vehicles, atop the roof of the cars and is mostly made of hybrids or electric cars. That being said, not only is it functional and self-driving but is friendly to the environment as well.

On the other hand, Cruise wants to "reshape" the world with its self-driving vehicles, as well as promote the use of clean energy as they start their driverless ventures in SF.

SF's Driverless Rides: Is it Safe?

The approval of the local regulatory committee has based the go signal on several technologies present, as debuted by Waymo and Cruise to users and experts. It may be so that these evaluators have deemed it safe and functional, hence the permit that was issued to both technologies.

Of course, it is only normal to hesitate to ride in one, especially as it is fairly a new thing for users, going driverless and only communicating through an application or device in-car. Soon, late-night rides and conversations with taxi drivers would no longer happen, as the world would be run by autonomous tech.

For now, San Francisco is the only county that has allowed or permitted this type of venture within their jurisdiction and vicinity, having the tech roll around and operate. However, this does not say that it would be limited to SF only, as it could be applied to the entire state of California, as well as other states in the country.

It would only be a matter of time where autonomous tech would be accepted for what it is, as well as have it available in other places where it can thrive and reshape cities.