Tesla Misses Delivery of Model X SUVs in Q3 2021, But Few Supplies in Fremont Could Hint on Upcoming Deliveries

Tesla Model X SUVs deliveries might be around the corner this year following the presence of electric cars in Fremont.

The production of the said units, together with a redesigned Model S was announced in Q1 of 2021. At that time, the EV maker was focused on Model S units that's why they were rolled out earlier than expected. 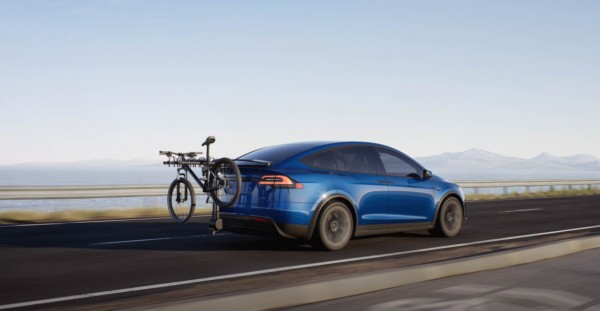 (Photo : Tesla)
The deliveries for Tesla Model X SUVs could likely come sooner since some units were spotted recently in the Fremont delivery lot.

According to Electrek's recent report on Friday, Oct.1, Tesla has been struggling to keep up with its delivery. There could be some problems in production that the company failed to see.

The impact of the long delays of the Tesla cars began back in June. During that time, many customers have been complaining of extended delivery schedules of their units.

However, there could be a glimmer of hope for those who are eyeing the Model X SUVs. There's a chance that the deliveries would arrive soon since some units were found in Fremont's delivery lot.

Usually, the intended lot is used for shipping the units to the delivery centers. For those buyers who are waiting for this moment, the deliveries are expected to start at the soonest time.

In this regard, the electric vehicle manufacturer would have to deal with the backlog orders from its buyers.

For those who reside in the US, the estimated delivery timeline of the Model X Plaid and Model X Long Range could fall from May to June 2022. The original timeline of the units was from March to April 2022.

From an article written by Hot Cars, Tesla's upcoming Model X features an amazing set of stunning capabilities, including its patented falcon-wing doors.

Compared to the regular gull-wing design, these doors sport a unique look of the pivot point. More importantly, these falcon-wing doors will open in the parking spaces thanks to the pivot point.

If the sensors in the doors detect an obstacle at the doors, it would stop its motions.

Furthermore, there is an impressive spoiler at the Model X SUV's rear that activates during high-speed drives. It also comes with a refreshed interior-exterior appearance.

In addition, it also has a 17-inch FHD center display.

Last July, we reported that Tesla has added $5,000 for the current pricing of Model S and Model X. The numerous price increases came out in the flagship electric car.

A month later, another price hike was implemented to the Tesla Model S and X Long Range. Again, an extra $5,000 was added to the existing price.

According to the automobile maker, the escalating pattern of shooting prices was attributed to the adjustments in the supply of raw materials.