Editor's note:Someone called our attention regarding the alleged hazardous asteroid that said will hit the Earth on Nov. 23.

A spokesperson from NASA clarified,

Neither Dimorphos-the asteroid DART will impact-nor its parent asteroid Didymos pose a threat to Earth as the Didymos asteroid system never comes closer to Earth than 3 million miles, or over 14 times the distance from Earth to the Moon, so the above phrasing is inaccurate. At the time of DART's kinetic impact, it will be approximately 6.7 million miles away. Regardless, DART is a key test that NASA and other agencies wish to perform before any actual need is present, and it will help planetary defense experts refine asteroid impact computer models, giving insight into how we could deflect potentially dangerous Near Earth Objects (NEOs) in the future.

NASA's "D.A.R.T." or Double Asteroid Redirection Test Mission is happening this November, and it aims to change the motion or course of the potentially hazardous space rock from colliding with Earth. This means that an upcoming space rock is on a crash course to the planet, and NASA has set up a mission to change its trajectory. 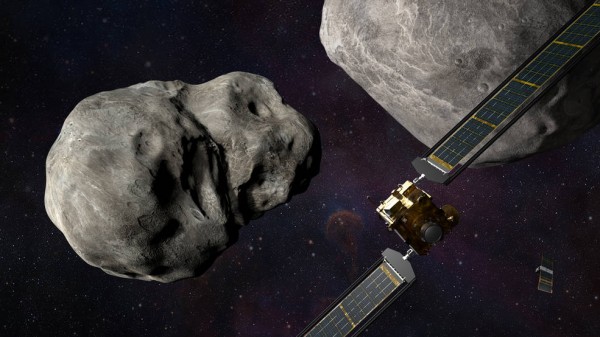 NASA's DART Mission is happening on November 23, and they have invited the media to witness the launch and mission that can help in veering away the asteroid, which brings a threat to the planet. That being said, the mission will focus on redirecting the course of the asteroid and not aiming to obliterate it to smithereens.

The DART mission aims to make its course slightly different and not completely put it off track, as no technology of the national space agency and other companies are capable of handling that size. While small asteroids can be easily taken off track, a massive one is already nearing the planet.

The target of DART would be the binary near-Earth asteroid Didymos and its moonlet, soon to near the planet.

Read Also: Hubble Captures Image Of A Seyfert Galaxy, But Is This One Of Its Last Major Discoveries?

NASA DART: To Save Earth from Potential Hazards?

This mission would also demonstrate the first look on the Kinetic Impactor or the high-speed aircraft that would be sent on a collision course to the potentially hazardous space object. It would be launched in more than a month aboard the SpaceX Falcon 9 as its rocket launcher, from the Vandenberg Space Force Base in California.

NASA: Asteroids and the Planet

The Earth is not shy of flyby asteroids and other space rocks to be going its way, especially as the planet is situated in space, where a vast area of nothingness is surrounding us. Also, there are no shields in space, something that would protect the planet from hazardous foreign objects from the upcoming rocks.

Earlier, a massive comet that was said to be a size of a planet has entered the Solar System and is on its way to the Earth. It was said that the comet would come in ten years, and it would not collide with the planet.

The comet can potentially deal damage to the planet if it collides, especially as its size was initially mistaking it for a dwarf planet.

Nevertheless, there are different monitoring devices that the Earth has, with NASA and other space agencies, and it aims to monitor the vast space of any threats looming around. And while these space rocks are not intended or are thrown against Earth, they can still bring a safety risk for all humans as they make their way.