Amazon has been rumored to be working on a "Smart Fridge", and it would not be like the regular refrigerators that are available now that claim to be "smart." No, this new one would know what is inside the appliance and keep an inventory of it, and this new venture would be from the team and tech behind Amazon Go.

The e-commerce company is popular for its cashier-less store that knows whatever the user has picked up and added to their cart and automatically checks them out and subtracts it from their account. Registered users only need to walk out the door, and no alarms would go off or security personnel to run after them.

Those stores are now massive in the Washington area, and soon among other states and cities of the United States. 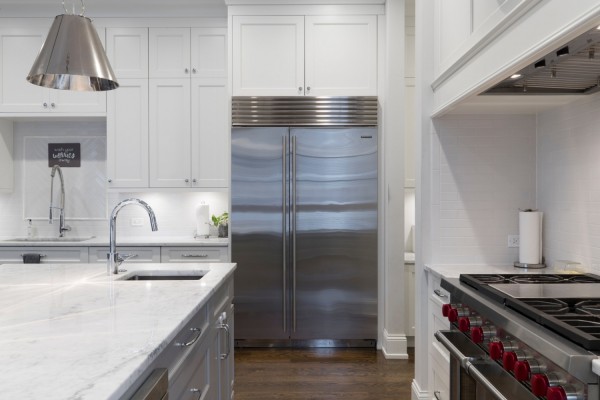 Rumors are spreading wildly and not only because it is a rumor or leak, but also because Amazon's Smart Fridge that knows what the appliance stores inside is a massive venture. According to Tech Crunch, Amazon is planning something big, and that gossip is spreading out to the arrival of its new smart home solution.

It was not said if the inventory would be displayed on the body of the fridge as a touch-screen device or it would be connected to an app where it would communicate what it holds inside.

The Seattle-based e-commerce giant was rumored to bring a new feature for all, and it is with a smart refrigerator that has a lot of functionalities that it can offer to users once it arrives. However, do take this rumor with caution, as nothing is yet confirmed by Amazon with regards to this new smart home venture.

Read Also: Amazon's Just Walk Out Will Start Rolling Out in Amazon Fresh Stores, a Technology that Makes it Easier to Shop

Amazon's Go technology is a convenient way of going cashierless and skipping the queueing that takes time, especially if the line is long or it is currently the rush of a massive shopping craze. Nevertheless, it brings convenience to the people, and technology yet again shows the benefit it brings.

The Amazon Go would know the inventory of the entire store, and once checking out or passing the game, it would automatically know which items were taken and are on the user's cart or bag.

That would be the same principle for the Smart Fridge, but it was not yet revealed how it would appear or be miniaturized to a home appliance like a refrigerator.

Just Walk Out Tech to Just Take It from the Fridge?

From the Just Walk Out tech to the "Just Take It from the Fridge" is coming, especially if "Mom" or "Dad" is closely monitoring the inventory of the smart refrigerator.

Also, this would help in identifying which foods or drinks that the fridge is running out of, especially if the person has no more time to check the appliance for what it has and does not have.