The Ransomware Disclosure Act seeks to require cyberattack victims to report any ransom payment that they have given the criminal minds within the timeframe of 48 hours. 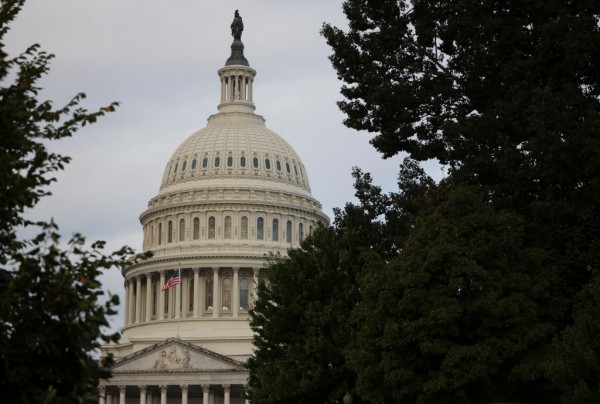 (Photo : by Kevin Dietsch/Getty Images)
WASHINGTON, DC - OCTOBER 05: The U.S. Capitol is seen on October 05, 2021 in Washington, DC. Senate Majority Leader Chuck Schumer (D-NY) said he will bring a vote on a debt limit increase later this week, in an attempt to ensure the U.S. does not default on its debt.

Not just that, the new proposed bill would also want to force victims to disclose the type of cryptocurrency that they used to pay for the ransom.

As per Business Insider, Rep. Deborah Ross, along with Sen. Elizabeth Warren, proposed the Ransomware Disclosure Act amid the increasing cyberattacks globally.

The proposed ransomware bill states that the victims are mandated to provide the ransom payment details, such as its total sum, to the Department of Homeland Security (DHS).

Not just that, the bill also seeks to oblige the ransomware victims to include information about the attackers.

It is worth noting that the bill would only require entities or companies to disclose ransom data. That said, individual victims are not part of the proposed mandate.

On top of that, the ransomware act further extends its jurisdiction to the DHS as it requires the agency to create a platform that would allow victims to report their ransom payment.

The DHS is also asked to publish the information of the reports from the previous year.

However, the mandate excludes the information about the victim.

According to Bleeping Computer, US Sen. Warren also said that the bill is meant to understand the prevailing and surging problem of ransomware attacks.

The lawmaker further noted that learning more about the ransom payment could help law enforcement produce more effective tactics, which could hopefully slow down the rising cases.

To be precise, North America already saw a 158% increase of cases on year-over-year data, whereas the worldwide figures already grew by 62%, which is at 304.6 million in total.

Meanwhile, malware attacks across the world booked a 43% decrease.

On the other hand, Crytojacking attacks have already grown by 28%.

Read Also: Free 'REvil' Decryption Software Will Be Available For People Whose Computers Are Encrypted Before July 13

Bleeping Computer further noted in its report that disclosing the ransom to the authorities could lead to further business disruption.

It is to note that a ransomware gang, Ragnar Locker, even issued a threat to its victims who would seek help from the FBI or other similar authorities.

The hacking group warned that contacting law enforcement will result in the publication of the harvested sensitive data.

As such, disclosing any ransom payment to the likes of Homeland would not sit well with the cyber attackers, which could worsen the situation into severe repercussions.

However, the ransomware act will still have to go through some bureaucracy, including the voting of the Senate, as well as the House of Representatives, and the approval of US President Joe Biden himself before it becomes law.