The National Aeronautics and Space Administration (NASA) transferred two Boeing Starliner mission astronauts to SpaceX's Crew-5 amid another major delay on the International Space Station (ISS) flight of the former. 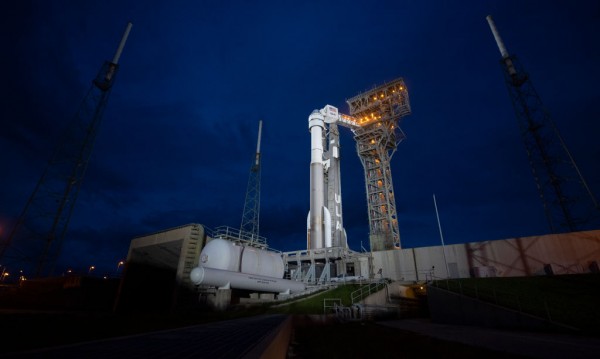 (Photo : by Joel Kowsky/NASA via Getty Images)
CAPE CANAVERAL, FL - AUGUST 2: In this handout provided by the National Aeronautics and Space Administration (NASA), a United Launch Alliance Atlas V rocket with Boeing's CST-100 Starliner spacecraft onboard sits on the launch pad at Space Launch Complex 41 ahead of the Orbital Flight Test-2 mission August 2, 2021 at Cape Canaveral Space Force Station in Florida. Boeing's Orbital Flight Test-2 is Starliner's second uncrewed flight test and will dock with the International Space Station as part of NASA's commercial crew program. The mission, currently scheduled for launch at 1:20 p.m. EDT August 3, will serve as an end-to-end test of the system's capabilities.

The US space agency, NASA, reshuffled the crew of the Boeing Starliner capsule mission to the ISS after another flight hiccup, as per the United Press International.

NASA said in its statement that the agency decided to transfer two astronauts from the delayed Boeing mission to the Crew Dragon spaceflight to "allow Boeing time to complete the development of Starliner."

The space agency also noted that the reshuffle will help in "continuing plans for astronauts to gain spaceflight experience for the future of the agency's missions."

To be precise, Cassada will be the pilot of the flight, whereas Mann will serve as the commander. It is to note that the Crew-5 will be the first spaceflight of the two astronauts, according to Space.com.

The said SpaceX mission is scheduled to take off by the fall of 2022 to the space station.

The NASA astronaut also shared her excitement to work on the SpaceX Crew Dragon as it flies to the ISS.

On the other hand, Cassada, who has been with Mann on the Boeing missions, said that both of them are thrilled to work on their new spacecraft assignment.

The Starliner mission first got in a hiccup during its test flight in December 2019, wherein the spacecraft failed to fly to the space station due to multiple software errors.

Meanwhile, last August, the Boeing capsule postponed another attempt to launch, this time due to the issues on its propulsion system and valves.

On Sept. 22, NASA admitted that the valve issue with the Boeing Starliner still exists, making the spacecraft still inoperable to make a flight to the space station. The space agency then went on to cancel the scheduled launch target data of the Starliner as astronomers disclosed that 13 valves were stuck in the service module of the capsule.

Now, NASA concluded that it would be best to reshuffle its crew members, and transfer it to another space station mission--the SpaceX Crew-5.

Read Also: NASA TV to Live Stream the Port Relocation of its Crew Dragon to Prepare for the Docking of Boeing's CST-100

Meanwhile, the 5th crewed flight of the Elon Musk-led space exploration firm is set to launch to the ISS on Oct. 30. The said SpaceX flight will be carrying three NASA astronauts, alongside a fourth from the European Space Agency.