Sky TV UK is ditching satellite disks in favor of the internet with its new streaming TV called the "Sky Glass." 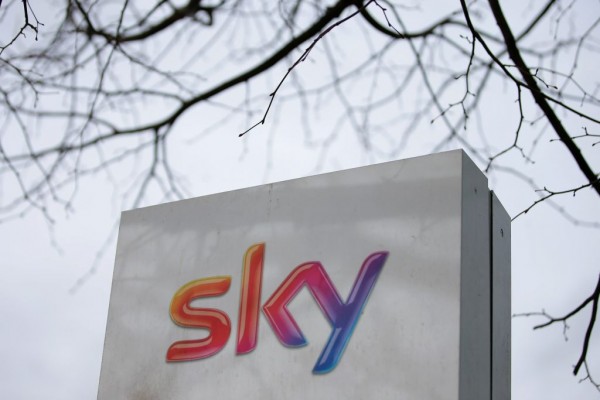 (Photo : DANIEL LEAL-OLIVAS/AFP via Getty Images)
A Sky logo is pictured on a sign next to the entrance to pay-TV giant Sky Plc's headquarters in Isleworth, west London on March 17, 2017. A proposed multi-billion takeover bid for European pay-TV giant Sky by 21st Century Fox will be probed by media watchdog Ofcom and the Competition and Markets Authority, the government said late March 16. Media tycoon Rupert Murdoch's Fox announced in December it had reached a formal agreement to buy the 61-percent stake in Sky which it does not already own.

The Sky Glass TV is an actual television that sports a 4K resolution display, along with HDR, HLG, HDR10, Dolby Vision, and Dolby Atmos support, as per The Independent.

Not to mention that the new TV with Sky content comes in five color options and three sizes, including 43-inch, 55-inch, and 65-inch models.

Also, the internet streaming TV comes with a monthly subscription fee that starts at £13 ($15), which the UK broadcasting firm considers affordable.

The new internet streaming TV of Sky will start rolling out on Oct. 18.

What sets the Sky Glass TV apart from other typical counterparts that also feature 4K, HDR, and Dolby Atmos, is its Sky TV content. It means that viewers could enjoy Sky programming without the need for a massive and obstructive dish, according to The Sun.

The CEO of Sky, Dana Strong, said in her statement during the launch event of the internet service that the "Glass" will be the "only TV in the world with Sky inside."

As such, its viewers could enjoy the whole Sky TV catalog over their WiFi connection at home.

To be precise, Sky Glass TV will be showcasing all of the programmings of the UK broadcast firm, along with its live telecast--all over the internet.

On top of that, users could now record and even pause the live feed of the Sky content. It is to note that the latter was not available in the satellite version of the service.

Sky also announced that users of its internet-based service will need at least 10 Mbps of internet connection to stream HD content. On the other hand, the 4K offering requires a faster 25 Mbps connectivity.

The Verge reported that Sky also touted the Glass TVs as the "voice-first" platform, which means the British firm is pushing to prioritize voice commands on their latest offerings.

The Glass TV voice command feature could be activated by the hotword "Hello Sky," similar to other virtual assistants, such as the "Hey Google" keyword of the search engine giant.

Aside from the entertainment offerings of Glass, Sky also mentioned other services that it could deliver, such as chatting, gaming, and even fitness.