"Seven Knights 2," the sequel to the mobile roleplaying game "Seven Knights," is set to be released globally in November, but players who would like to pre-register for the game can do so already.

Netmarble, the developer and publisher of the game, has announced that global pre-registration is now open. The mobile game developer has also released an in-depth media showcase video players can check out to know what they can expect from the mobile roleplaying game

"Seven Knights 2" has opened global pre-registration for interested players. It is one of the mobile roleplaying games that are set for release this year. "Seven Knights 2's" global release schedule is set for November.

Those who would like to register can do so via the "Seven Knights 2" official website. Those who pre-register can look forward to getting a limited edition premium "Poori' pet, along with other items.

What to Expect During Launch

There are many exciting things that players can expect when "Seven Knights 2" launches next month. At the forefront are the collectible charismatic heroes of the game. During the launch, there will be a total of 46 characters available that players can collect.

Players can also expect a deep and immersive cinematic story with the two-hours worth of high-quality cinematic cutscenes that will be enjoyable for fans to watch. 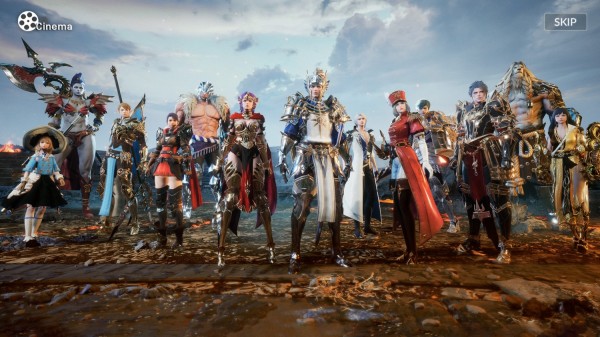 Players can look forward to a cinematic mobile RPG experience when the "Seven Knights" sequel launches globally. "Seven Knights 2" gives players the chance to collect and develop charismatic heroes of all shapes and sizes.

Players can engage with the game's deep and immersive cinematic story thanks to real-time controls as well as in-game loadouts with heroic stat combinations, formations, and even pets.

"Seven Knights 2" features stunning high-quality graphics powered by Unreal Engine 4 that guarantee a true sequel featuring the fun and innovative gameplay of "Seven Knights" enjoyed by players around the world.

Also Read: Southeast Asia Esports 2024 Revenue To Reach $72.5 Million! 'PUBG: Mobile' and Other Mobile Online Games are the Most Popular

Netmarble Set to Expand Its Portfolio With SpinX Games Acquisition

Southeast Asia Esports 2024 Revenue To Reach $72.5 Million! 'PUBG: Mobile' and Other Mobile Online Games are the Most Popular