Here's How to Catch the Live Webcast of Uranus This Weekend

If you have nothing to do this weekend, here is a suggestion for you: watch the live webcast of Uranus courtesy of the Royal Astronomical Society.

Yes, you read that right! The Royal Astronomical Society will be streaming live views of Uranus for three days starting Friday. The live webcast is in celebration of World Space Week.

The live webcast is possible thanks to the Infrared Telescope Facility, which is located atop Mauna Kea in Hawaii.

Here is how you can catch the live webcast of Uranus this weekend:

Watch the Live Webcast of Uranus This Weekend

There will be a live webcast of Uranus, the seventh planet from the sun, this weekend, and it is courtesy of the Royal Astronomical Society. The live webcast is in celebration of World Space Week.

According to a report by Space, the live webcasts will feature "astronomers and planetary scientists from the University of Leicester as they observe Uranus using NASA's Infrared Telescope Facility (IRTF) atop Mauna Kea in Hawaii."

"Members of the public are invited to view live footage of the 'ice giant' - 50,000 kilometres across and almost 3 billion kilometres from Earth - as the experts look to measure and analyse various aspects of its atmosphere across three days of observations," said the University of Leicester, as quoted in the report by Space. 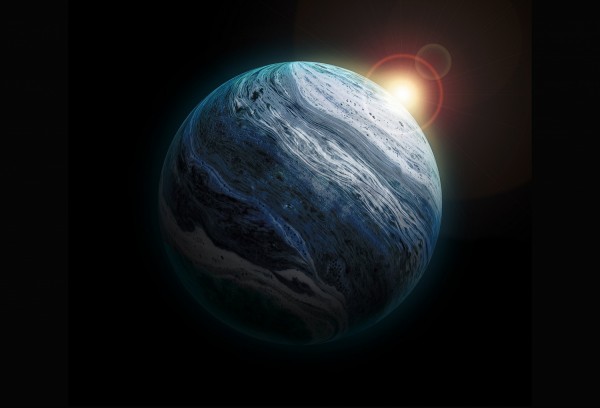 According to the National Aeronautics and Space Administration (NASA), Uranus is the third-largest planet in the solar system as far as the diameter is concerned.

Uranus is also the first planet discovered using a telescope. The planet was discovered by William Herschel in 1781. However, it was only accepted as part of the planets in the solar system two years later.

Per NASA, Uranus is an "ice giant" and takes around 17 hours to make a full rotation, but it takes 84 Earth years before it can complete a full revolution around the sun.

Related Article: How to Get to Uranus and Neptune? Scientists Will Use a HUGE Spacecraft Slingshot!

The Voyager 2 spacecraft, according to NASA, is the second spacecraft to enter interstellar space. The Voyager 2's task is to study Jupiter, Saturn, Uranus, and Neptune. It has a twin spacecraft, the Voyager 1, and both spacecraft are also tasked with finding the edge of the solar system.

Also Read: Scientists Missed Something from Voyager 2's Data About Uranus for 30 Years, Here's What It Is

Scientists Missed Something from Voyager 2's Data About Uranus for 30 Years, Here's What It Is

How to Get to Uranus and Neptune? Scientists Will Use a HUGE Spacecraft Slingshot!

Planet Uranus Could Be Full Of Giant Diamonds

Rings of Uranus Are Like Nothing Else in The Solar System, Scientists Claim