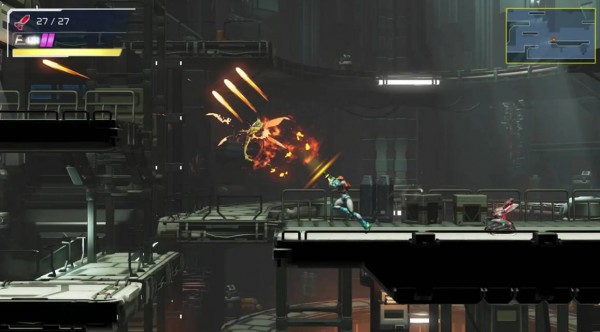 According to Nintendo Life, a few people have already been running the game on open-source emulators for Nintendo's handheld and are reaping the benefits of the hardware upgrade.

For one, "Metroid Dread" on a PC emulator is reportedly running at a maximum resolution of 4K with an unlocked frame rate.

This is already far beyond the hardware capabilities of the Nintendo Switch, where "Metroid Dread" runs at 900p 60 FPS when docked, and a native 720p 60 FPS in portable mode according to Digital Foundry.

PCGamer reports that the Yuzu emulator seems to be the best one at running "Metroid Dread" as smoothly as possible on PC, while users of the Ryujinx emulator have reported the game as a stuttery mess so far.

Since "Metroid Dread" is designed to be a retro-looking 2.5D sidescroller in the vein of classic "Metroid" games, running this game on PC via an emulator is a relative breeze.

As seen in the video, the Yuzu emulator is running "Metroid Dread" at mostly a locked 60 FPS, with a few dips into the high 50s. There was no indication of the game's rendering resolution, though it's safe to say that it's running at a far higher one than that of the Nintendo Switch.

Emulation has been a long-running topic of contention between gamers and game developers/publishers. But while some industry giants are lax about the whole thing, Nintendo clearly isn't.

(Photo : PHILIP FONG/AFP via Getty Images)
A logo of Nintendo is pictured at its store in Tokyo on February 1, 2021 as the company announced a gain of 2.51 percent.

As such, "Metroid Dread" running on a Switch emulator could mean that Nintendo might come after those who made this possible.

Over the years, Nintendo has never been shy of making their distaste for piracy known. This obviously includes ROMs and emulators, which, according to Stanford University, is technically classified as a form of piracy.

Nintendo's crackdown on piracy has made multiple gaming industry headlines. One perfect example is the takedown of RomUniverse, which netted the company $2.1 million in statutory damages that the ROM site's owner, Matthew Storman, is ordered to pay.

For now, Nintendo has yet to issue an official comment on "Metroid Dread" running on PC emulators. But since the game is one of the biggest current-gen releases for the Switch, there could be a good chance that the company will go after those responsible.

After all, the Switch's security has long been cracked by hackers several years ago. In 2018, a group of hackers called ReSwitched claimed that they've published an "exploit chain" for the NVIDIA Tegra X1, which is the main hardware that powers the handheld.