The latest Acer "Made for Humanity" event has introduced new advanced devices for its consumers. 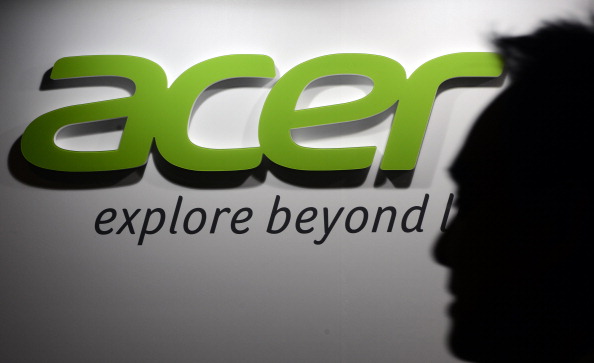 (Photo : Photo credit should read SAM YEH/AFP via Getty Images)
An man walks past an Acer logo during the annual investors' conference in Taipei on May 8, 2013. Taiwan's leading personal computer maker Acer said it swung to profit in the first quarter of 2013 thanks to income from foreign exchange and stock sales. AFP PHOTO / Sam YEH

"How Acer is helping make the ways we work, learn and play better for humanity and the environment," said the giant laptop manufacturer during the live stream.

The innovations revealed in the recent event include the expansion of its popular eco-friendly Vero lineup. Specifically, Acer announced that Aspire Vero laptop can now run to more systems.

According to CNET's latest report, Acer Predator Orion 7000 is a high-power desktop that can provide all your gaming needs. It is expected to sport the new PCIe 5 support, newly minted DDR5-4000 RAM, and the upcoming Alder Lake Core K series (overclockable) CPUs.

On the other hand, interested consumers would also receive a liquid cooling system once they purchase the CPU. Aside from the new Predator Orion 7000, Acer also revealed some efforts to help consumers exchange their old devices.

The company explained that people could trade in any Acer brand laptop via the new Vero Trade-In Program, which would allow them to save $100 on any new Aspire Vero model.

Aside from Acer, other giant tech developers are also conducting their own events to introduce their latest products and other services. These include the upcoming Samsung Galaxy Unpacked 2 and Apple's Oct. 18 event.

PC Mag reported that Acer had integrated its advanced antimicrobial coating into two new laptops, as well as a monitor and tablet.

This is a major innovation since many individuals are currently more careful when it comes to handling other people's gadgets since they don't want to become more at risk of COVID-19.

As of the moment, it is still unclear if the new antimicrobial coating from Acer could really prevent object-to-human transmissions. This is why it is still important to use alcohol or wash your hands after using these new gadgets.

For more news updates about Acer and its upcoming innovations, always keep your tabs open here at TechTimes.