Apple updated its hash flag on Twitter following its announcement for the upcoming event on October 18. A few days from now, the "Unleashed" event is expected to present more information about the new MacBook Pro models. 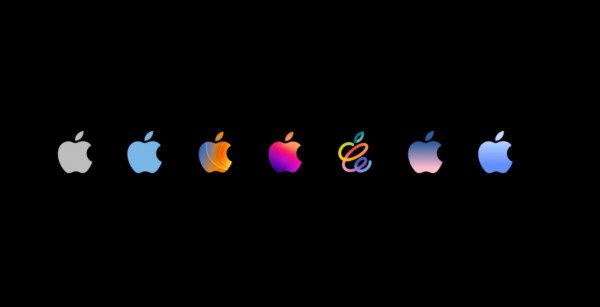 (Photo : Hashflags.io via Twitter )
Apple updated its hashflag on Twitter following its upcoming keynote announcement on October 18. What could likely be the product updates that will be introduced next week?

According to Macrumors' report, the Cupertino giant's newest hashflag comes with a touch of blue as part of this year's upcoming Apple Event.

The iPhone maker has been creating numerous hashflags to boost its promotion for the new devices across social media sites.

Since 2020, Apple has been launching these customized Twitter hashflags, which could go as high as $1 million, according to research conducted by Agency Creative.

The tech titan has also made several hashflags for the WWDC21, California event, and Spring Loaded event, which went live earlier. To view the latest hashflags, you can visit hashflags.io for more details.

The Apple event is scheduled to happen next Monday, Oct.18 at 10 AM PT (1 AM ET). The focus of the keynote could likely tell more about the new 14 and 16-inch MacBook Pro models.

Previously, these Apple gadgets were the subjects of many rumors. The M1X MacBook Pro is believed to arrive in two various sizes. Moreover, the revamped device would reportedly sport an enhanced SoC, multi-port system, and improved miniLED display.

Besides the debuting models for the MacBook Pro devices, the launching Apple event could also hint at the potential updates on the latest Mac Mini and AirPods.

As for the first item, the Mac Mini will have more color options and more ports, according to Apple Insider's report on Tuesday, Oct.12. It will also come with a refreshed chassis design and the possible M1X Silicon chip.

We could anticipate more announcements coming for the iMac and MacBook Air, as well. On the other hand, the desktop version will boast a big screen that could be on the docket.

Meanwhile, the Apple AirPods could likely come out at the Apple Event next week. The upcoming model is reported to be a more affordable version that shares the same design as AirPods Pro. The only difference is it won't feature active noise cancellation (ANC).

In August, Apple said that it would be hosting different events that can be compared to the previous Spring and Summer events in 2020. At the time of writing, the company has only spearheaded one event, which was dated April 20.

The report wrote that there would be a corresponding Apple event for each month. For instance, September would feature "Time Flies," while October would focus on the "Hi-Speed" iPhone event.

For the month of November, the tech firm would bring a "One More Thing" theme which would possibly discuss the first Silicon Macs.

Related Article: Apple October Event Date: When Would it Be Held and Is It Really for MacBook Pro?