Xbox Series X Mini Fridge is now confirmed by Microsoft, making the recent meme a reality. Before this announcement, the giant tech developer decided to create a bigger version of the popular refrigerator with a popular console's external design. 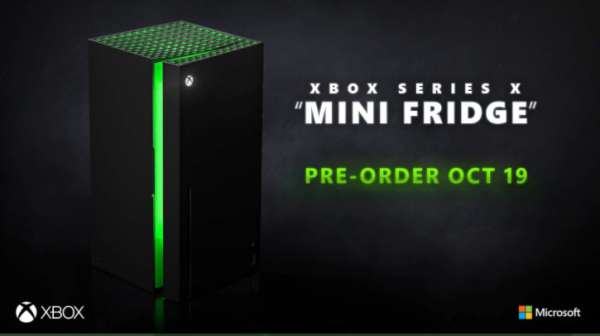 "What started as a viral meme became a life-size reality when we created the world's first-ever, fastest, and most powerful Xbox Series X Fridge, a 6-foot, 400 pounds, 1:1 scale replica of our beloved console," said Microsoft via its official blog post.

Any more news coming soon on the Xbox Series X mini fridge or my suggestion below? 🤞@Phasmatis8 @aarongreenberg pic.twitter.com/Y2ethbTURv

But, the gadget creator said that it would not end there since they would soon release the mini version of the Xbox Series X fridge. Microsoft also said that the new Xbox Mini Fridge would arrive this coming holiday. 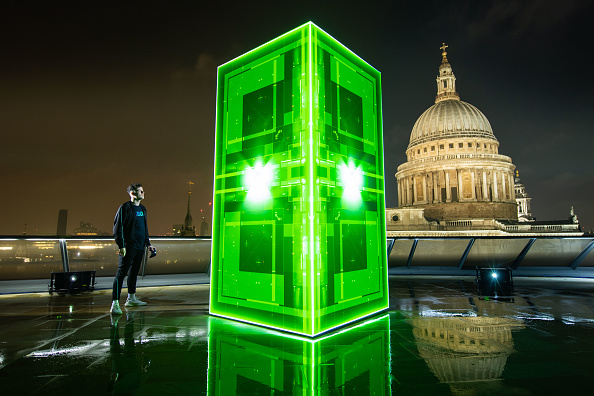 (Photo : Photo by Ian Gavan/Ian Gavan/Getty Images for Xbox UK)
In this image released on November 10th Xbox launches the Xbox Series X in the UK with a spectacular holographic installation as a gamer looks on at One New Change on November 7, 2020 in London, England.

Now, Microsoft's official Xbox Wire post confirmed that the most-awaited console-based refrigerator could be pre-ordered this coming Oct. 19. The giant tech firm also thanked Ukonic, which is its main partner in the development of the miniature fridge.

Thanks to their efforts, consumers would now have a whole new meaning for the popular "Xbox and Chill" phrase. If you are one of the interested buyers, here are the specific features you need to check.

Consumers can put up to 12 cans of their favorite beverages inside the matte-black refrigerator tower when it comes to storage capacity. Aside from this, the new Xbox Series X Mini Fridge also has a USB port at its front, allowing you to charge your smartphone and other devices.

Microsoft announced that this new product would be available at Target for $99.99. This offer would be provided to U.S. and Canadian consumers. Those who are residing in the United Kingdom can pre-order the new mini fridge via GAME.

For more news updates about Xbox and other similar products, always keep your tabs open here at TechTimes.