"Kingdom Hearts'" Sora is now available to be added to the roster of characters on "Super Smash Bros. Ultimate." This comes after the official announcement of the last DLC earlier this month.

Sora comes as a part of the game's Challenger Pack 11, which can be purchased by players individually. Those who already have the Ultimate Fighters Pass Vol. 2 will have access to Sora.

Sora is the 12th and last DLC character to be added to "Super Smash Bros. Ultimate." Other DLC characters include Kazuya from "Tekken," Joker from "Persona 5," Steve and Alex from "Minecraft," and Terry Bogard from "Fatal Fury."

There are now a total of 82 fighters players can choose from when they play "Super Smash Bros. Ultimate." 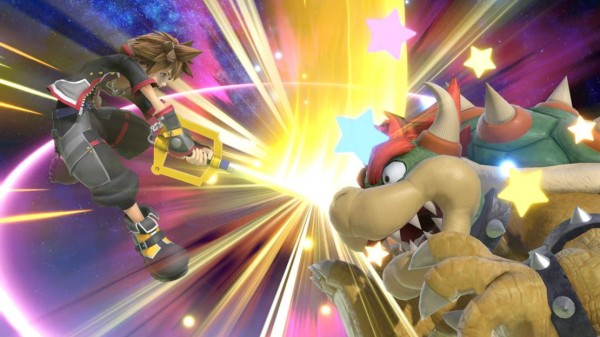 Aside from Sora, the Challenger Pack 11 also includes a new stage and music tracks. The new stage is called the Hollow Bastion, which is featured in many "Kingdom Hearts" games.

Sora is officially the last DLC character for "Super Smash Bros. Ultimate." With the addition of the "Kingdom Hearts" character, there are now a total of 82 fighters that players can choose from. Twelve of these characters are DLCs.

The first set of DLC characters, which comprise the Ultimate Fighters Pass Vol. 1, are the Piranha Plant, Joker from "Persona 5," Hero from "Dragon Quest," Banjo and Kazooie from "Banjo-Kazooie," Terry Bogard from "Fatal Fury," and Byleth from "Fire Emblem: Three Houses."

Joining Sora in the Ultimate Fighters Pass Vol. 2 are Min Min from "Arms," Steve and Alex from "Minecraft," Sephiroth from "Final Fantasy," Pyra and Mythra from "Xenoblade Chronicles 2," and Kazuya Mishima from "Tekken."

What is 'Super Smash Bros. Ultimate'?

"Super Smash Bros. Ultimate" is a crossover fighting game that was released in 2018. The game was developed by Bandai Namco and published by Nintendo. The game is playable on the Nintendo Switch.

Other examples of video game characters who feature in the fighting game include Sonic, Mega Man, the Wii Fit Trainer, and Donkey Kong.

15 years of fighting: The history of 'Super Smash Bros.'