Amazon is trying to find ways how users could stop talking so much to its AI voice assistant. According to the company official, many people would be surprised since the tech giant wants its customers to interact with Alexa less. 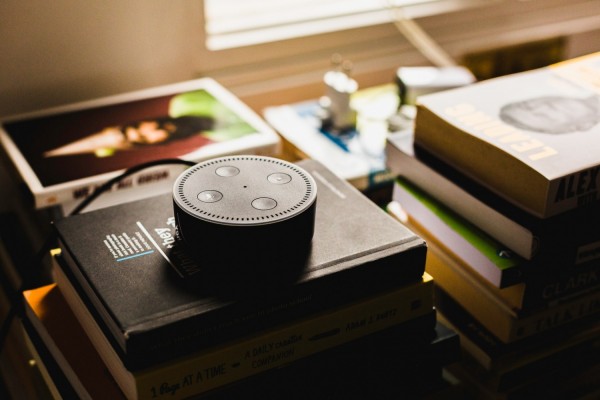 (Photo : Andres Urena from Unsplash)
Amazon's Alexa's senior VP said that the company wants its users to have less talk with the virtual assistant. Read more about the firm's plans for some improvements for the AI.

On Tuesday, Nov. 2, Alexa's senior vice president Tom Taylor announced more about the capability of artificial intelligence to incorporate in many devices, according to CNBC's report.

"We believe that the future of consumer technology is ambient intelligence, which uses AI to weave together devices and intelligent services," Taylor stated during the Web Summit tech conference in Lisbon.

At the time, many companies were exploring effective methods on how to enhance their voice assistants. Particularly, they want to establish closer ties to humans by knowing what they want and the time when they like to get it.

In line with Alexa's future improvements, Taylor anticipated that the e-commerce firm was on its way to making the "next big leap forward" for technology development.

What Taylor meant was that people will now talk to Alexa less frequently. This would give them more time to contemplate and do all things that they want around them.

For Alexa users, Alexa Routines is a significant feature that will give the power to AI-operated machines to do a certain task. For instance, people instruct the virtual assistant in opening the TV or turning off an Amazon device for a while.

Taylor also talked about the Custom Event Alerts, which lets the users receive a certain alert when a difference is spotted in an area. He said that these technologies would help users to accomplish more activities without relying much on Alexa.

Currently, Alexa could perform over 130,000 tasks that humans can instruct it to do.

If you're planning to get started with this AI assistant, you can opt out for more choices as we head to Black Friday. Fortunately, WEPC reported that interested buyers could score up to 50% discount to select Alexa-enabled products such as the Echo Buds and Echo Dot.

Moreover, you can also check the Echo Studio 3D audio smart speaker and even Echo Frames and other smart home devices that you can think of. So far, 2021 has a lot to offer for the upcoming Amazon flash deals.

Still, do not forget to pay attention to the Echo Dot product currently in high demand. This approaching Black Friday deal will help you get one. As early as now, it's better to obtain this before its price shoots up once again.

Back in July, Tech Times reported that Amazon has launched a new feature that will allow people to use Alexa's male voice option dubbed as Ziggy.

If you want to alter Alexa's voice, you can choose a specific wake word for the digital assistant. If you have different Amazon devices, you can have a unique set of new voices on your gadgets.

In February, Amazon's Alexa and Google Assistant engaged in a chess battle where users shared different opinions. Some commented about the invalid moves made by two AI while some said that the historic sports event entertained them.