Apple's "Privacy Eyewear" seeks to allow its users to view the content on their iPhone through the lenses of the glasses from the Cupertino giant, its latest patent revealed. 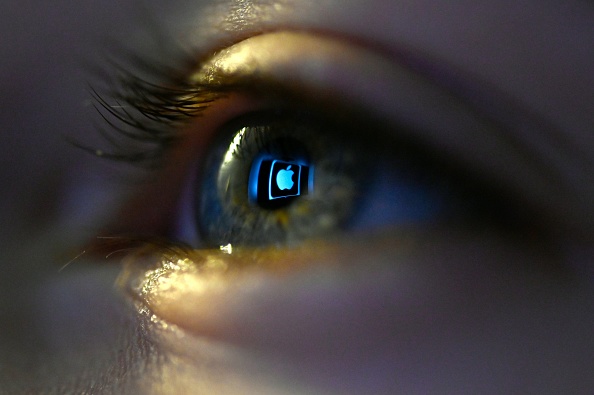 As per the report by PatentlyApple, the United States Patent and Trademark Office published the patent application of the iPhone maker on Nov. 11, which reveals details on its special glasses project.

As the name of the glasses project of Apple suggests, the sole purpose of the eyewear is to provide iPhone users an added privacy protection.

One of the features of the glasses, which was dubbed as "Privacy Eyewear" on the patent filing, blocks the content from your iPhone screen to prevent other people from peeking.

As such, instead of using the screen of the iPhone to use mobile apps, users of the Apple glasses could look at the content of their phone by simply wearing their glasses.

According to 9to5Mac, the patent further revealed that the glasses can blur some of the content from the screen of the iPhone that its user wishes to hide.

That said, the blurred content would only be seen by the person wearing the special glasses from Apple.

The patent said that the users could instantly use the "calibration graphics" of the "Privacy Eyewear" wherever there is a person nearby and the user needs more privacy.

On top of that, the patent that focuses on privacy also revealed that Apple is working to expand the capabilities of its facial recognition software called Face ID. 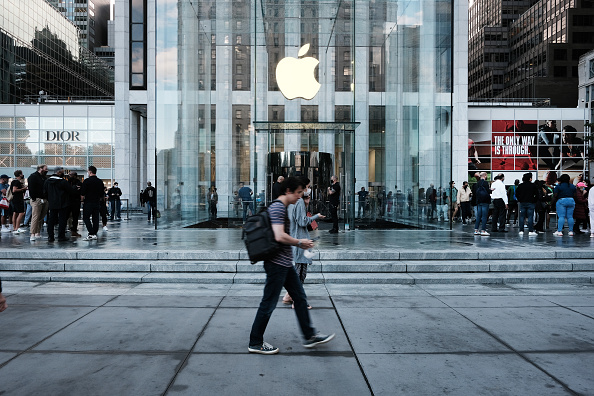 (Photo : by Spencer Platt/Getty Images)
NEW YORK, NEW YORK - SEPTEMBER 24: People shop at the Fifth Avenue Apple Store during the launch of Apple’s new iPhone 13 and iPhone 13 Mini on September 24, 2021 in New York City. The new phones come equipped with a A15 Bionic chip, improved dual-camera system and longer battery life than the iPhone 12. The iPhone 13 Mini starts at $729, and the iPhone 13 starts at $829.

Apple is planning to add an option for its users to create multiple profiles on their Face ID, which helps distinguish varying details from their faces. It could further include profile options wearing reading glasses or donning a different hairstyle.

Although the patent reveals that Apple could likely work on glasses meant to provide more privacy for its users, the Cupertino giant has another rumored eyewear project.

In fact, it is worth noting that the first Apple Glasses project that the iPhone maker is rumored to be working on serves a significantly different purpose than the patent listing.

As per the news story of MacRumors, the Cupertino giant is secretly working on augmented and virtual reality glasses. However, Apple has yet to confirm such a product.

Some reports are claiming that the AR/VR glasses from Apple will see the light of day sometime in 2022.

Even as early as Feb. 26, rumors have been surfacing, suggesting that the Apple Glasses sport features like microphones and self-cleaning.

Related Article: Kuo Says Apple AR Headset to be 150 Grams Lightweight, Thanks to Fresnel Lens--Debuts in 2022?