PlayStation 5 is the latest next-gen gaming console that underwent hacking. PS5 hackers have reportedly exploited the kernel of the device and even stolen its root keys to conduct malicious attacks.

With the recent rise of widespread hacks, an expert claimed that a hack-proof system will not be possible for modern computing machines. 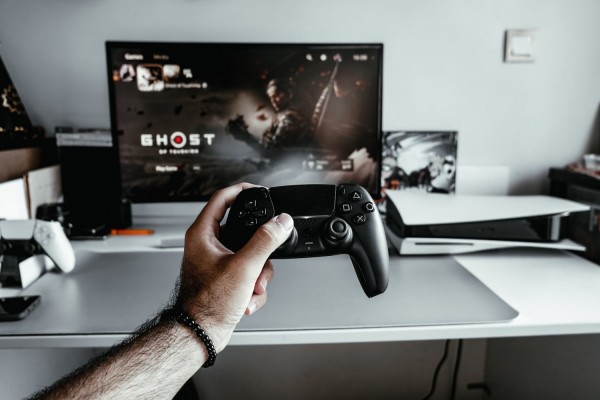 (Photo : Reet Talreja from Unsplash)
PS5 hackers said that they have already unlocked the kernel of the console. Another incident pointed out the stealing of the root keys. Here's everything you need to know about this report.

According to a report by Threatpost, the security breach that took place in the advanced gaming machine involved hacking its software.

FailOverFlow, a notorious group of jailbreakers wrote on its tweet that "another one bites the dust." While there is no particular statement about the post, it refers to the successful exploitation of the PS5's root keys.

In another tweet by the same user, it claimed that it has already obtained them from the software. The hackers are confident this time that they have gained access to the firmware files of Sony's console.

A similar tech site reported that Andy Nguyen, an information security engineer, has opened the "Debug Settings" menu of the gaming gadget. Nguyen was known to be involved in a popular hacker developer dubbed "TheFlow."

For that part, Nguyen has finally got a good hold of the kernel exploit for the PS5. Apparently, only the development and quality assurance crews are assigned for the installation of files for the said device. The "Debug Settings" menu can only be seen in test kit devices.

According to Bruce Schneier, a computer security professional, the hackers wanted the PlayStation 5 to operate similarly with emulators and pirated games.

"Hackers may have just made some big strides towards possibly jailbreaking the PlayStation 5 over the weekend," Schneier said about the PS5 hack.

Schneier added that using FailOverFlow's keys, the hackers could conduct a reverse-engineering process to control the entire software of the console. This would be the beginning of several hacking tactics for the group.

As technology improves, hackers are getting smarter. Schneier said that a hack-free system will not happen in today's world.

For the past few years, we have seen that the SNES Classic Edition was hacked a week after its launch. At that time, the users could add more games to it, but experts warned them not to resort to it. Anytime, they could experience some troubles while playing the console.

Earlier this month, PC Mag reported that PS5 scammers were everywhere on Twitter. They targeted those who look after a legit retailer.

According to the report, the scam involves hacking a verified Twitter account then tweaking them to look like a trusted source of PS5 restocking news, and more.

Once someone falls into their trap, they could immediately take away their money. This is done by setting up a third-party page where the scammers could obtain users' information without their knowledge.