Hacked British news website is now being used by Israeli cyberattackers to spread malware, which controls the devices of those who merely visit the site, claims a cybersecurity report. 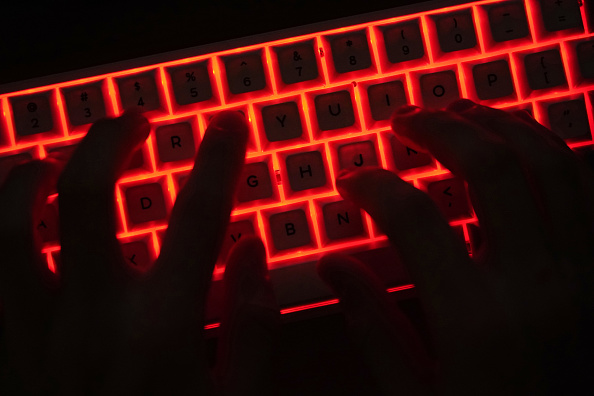 (Photo : by Sean Gallup/Getty Images)
BERLIN, GERMANY - JANUARY 25: In this photo illustration a young man types on an illuminated computer keyboard typically favored by computer coders on January 25, 2021 in Berlin, Germany. 2020 saw a sharp rise in global cybercrime that was in part driven by the jump in online retailing that ensued during national lockdowns as governments sought to rein in the coronavirus pandemic.3

As per the report by NBC News, a cybersecurity firm that goes by the name ESET concluded that a foreign government is behind the hacking incident that attacked an online news platform in London.

The hackers planted malicious software on the news site named the Middle East Eye to control the computers of people who merely visit its website.

According to the news story by Vice, the hacked website is an independent news platform covering stories mainly regarding Africa and the Middle East. However, it is based in the United Kingdom.

The pattern of the attack is known to cybersecurity experts as watering hole attacks. It is wherein the attackers would start taking over legitimate websites to hack the devices of any visitors.

However, ESET went on to note that the watering hole attack against the said news site only targeted a specific number of people.

The researcher from the security firm, ESET, Matthie Faou, told Vice in the same report that the hackers behind the attacks "are very careful in the selection of the targets."

The security researchers also disclosed that their team failed to get a copy of the malware. As such, the precise targets of the attacks remain to be seen.

Read Also: Billions of Google Chrome Users At Risk of New High-Level Hacks | Here's What You Need To Do

On top of that, ESET further noted that a firm based in Israel called Candiru carried out the attacks against the London-based news site.

It is worth noting that the foreign company, Candiru, has been blocked by the United States Commerce Department just this November, NBC News added in the same report.

What's more, The US Commerce Dept. further warned that the secretive Israeli venture is alarmingly behind the spyware that other foreign governments use against journalists, activists, and even people working for the government.

Although Candiru is extremely low-key that it even lacks any contact information or website, the researchers warned that it sells hacker tech to other governments to carry out attacks.

In fact, Microsoft's cybersecurity study, in collaboration with the Citizen Lab research center of the University of Toronto, discovered that Candiru also had a role in hacking incidents against human rights activists across the globe.

Meanwhile, Candiru spoke to Forbes to note that their firm has no idea regarding how its customers use their hacking tools, as well as who they are targeting uits