DIY or do-it-yourself diabetes treatment hacks are now trending on social media under the trend #WeAreNotWaiting. In response, a group of doctors, along with other experts in the field, approved of the new rage online. 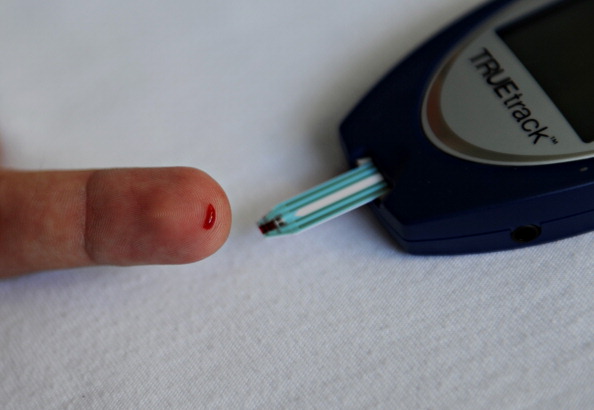 (Photo : by ELMER MARTINEZ/AFP via Getty Images)
TO GO WITH AFP STORY BY Blanca Morel A patient with diabetes monitors his blood glucose with a glucometer at a public hospital in Managua, on September 22, 2011. Diabetes is now the second cause of death in Nicaragua as junk food, alcohol and a sedentary lifestyle spread among the population more and more.

However, the experts and doctors still issued a couple of notes and warning regarding the DIY treatment method.

It is to note that some of the health trends that flood social media apps like TikTok have become a bigger risk than help, such as the Dry Scooping challenge.

On top of that, some of the trending health claims on social media went on to spread critical misinformation talking about the COVID-19 vaccines.

What's more, some of the DIY treatments going rounds on social media and elsewhere online typically get an eyebrow-raising reaction from some folks.

But this time around, it turned out that the latest trend on social media regarding a DIY treatment for diabetes patients got the nod of doctors and experts, vouching for its effectiveness, as per the news story by Mashable.

It is worth noting that the standard treatment of diabetes that medical professionals follow still involves a two-step process, including the initial step of glucose level monitoring, followed by insulin injections to treat the issue.

That said, the news outlet further noted in the same report that the traditional method of diabetes treatment is still a tedious process.

Not to mention that the struggle gets worse when diabetes patients have to maintain their blood sugar levels late at night with the two-step process of much-needed treatment.

As such, the latest trend online, suggesting an easier DIY version of the treatment process, grew in popularity to some diabetes patients.

Folks experiencing diabetes who know how to think about some tech stuff decided to follow the DIY method, which unites that two-step process into a single one.

Thus, the DIY treatment method allows its users to check their blood glucose and automatically inject the required amount of insulin at the same time, making the process less of a hassle.

With the said process making the lives of diabetes patients much easier, the said DIY tech has been published as an open-source program, which allows patients to use it on their own as well.

Although the said single-step system is already available commercially, it is still relatively pricey to purchase. So some are choosing the do-it-yourself route.

That said, a statement of 40 doctors, along with health and legal experts published a consensus approving the DIY tech, which was published in The Lancet.