Suicide prevention hotline's new number, 988, will also include text support aside from calls after regulators required telcos to allow it. 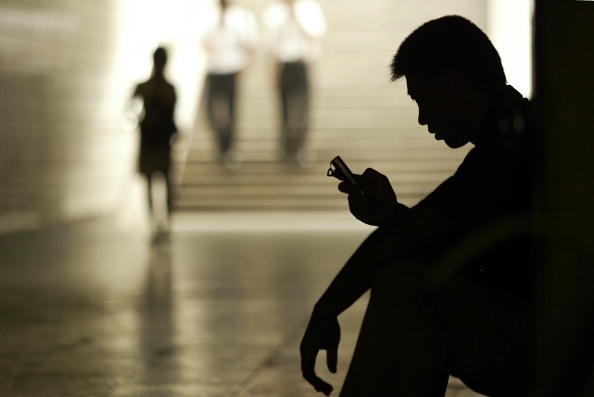 (Photo : by PETER PARKS/AFP via Getty Images)
BEIJING, CHINA: A man uses his mobile phone for messaging in an underpass in Beijing 20 July 2004. China has 300 million cost-conscious cellphone users, many of whom have taken advantage of the fact that a short text message is charged only 0.1 yuan (one cent).

The United States communications regulators are now requiring phone companies in the country to include a texting option for the new and shorter hotline for suicide prevention, as per the news story by USA Today.

Previously, the Federal Communications Commission or the FCC came to a voting conclusion, requiring telco firms to recognize a shorter version of the suicide prevention hotline, the "988."

The new number for the suicide prevention hotline is significantly shorter and easier to remember than the current 10-digit contact number of the National Suicide Prevention Lifeline, 800-273-TALK (8255).

The current number allows its calls to be routed to 170 crisis centers across the US, but texting support has yet to be available.

This time around, the FCC is being more inclusive as it also noted that texting is also critically necessary as some Americans prefer it, such as those who are experiencing speech difficulties, hearing loss, or deaf.

That said, the FCC further voted regarding the text messaging support of the new hotline on Nov. 18, with a unanimous 4-0 tally.

Thus, telco firms are now also required to allow their users to contact the 988 suicide prevention hotline via SMS.

The acting chairman of the commission, Chairwoman Jessica Rosenworcel, said during the meeting of the FCC on Nov. 18 that millions of Americans still prefer texting in times of crisis.

Rosenworcel further said that "it should not matter when you make a voice call or send a text message, because we should connect people in crisis to the resources they need, no matter how they communicate."

According to the report by Reuters, the FCC also said in a statement that the text messaging route also gives those who are experiencing crisis "a certain level of anonymity."

On the other hand, the director of government relations for the National Alliance on Mental Illness, Hannah Wesolowski, said that the texting support is "a huge step forward" in further addressing the raging problem of mental health.

Although the old helpline for suicide prevention will still be in service for the meantime, the new three-digit hotline is now available on AT&T, Verizon, and T-Mobile.

On top of that, the new text messaging support for the new number will also be available in 2022.

The FCC is giving telco companies to fully implement the new number and text support by July 2022.