Sweden now wants to ban Bitcoin mining. The country's regulators announced this after they discovered the crypto mining's electricity consumption is comparable to 200,000 regular households. 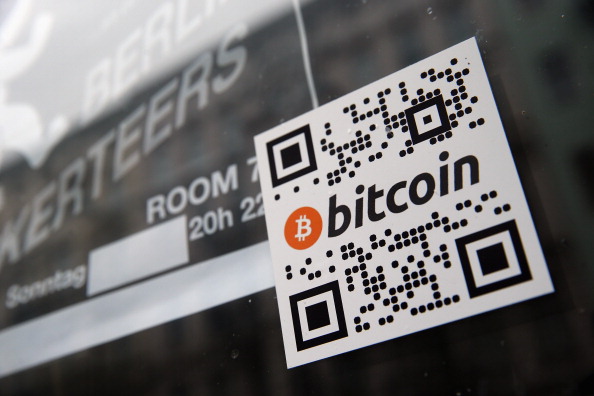 (Photo : Photo by Sean Gallup/Getty Images)
A sticker on the window of a local pub indicates the acceptance of Bitcoins for payment on April 11, 2013 in Berlin, Germany. Bitcoins are a digital currency traded on the MTGox exchange, and the value of the virtual money fluctuated from USD 260 per bitcoin down to USD 130 per bitcoin yesterday and recovered somewhat in trading today.

Although this is not surprising, the issue could lead to more serious consequences. As of the moment, blockchain mining activities are still being criticized by many people across the globe.

Some of them complain about cryptos since these digital currencies make it more difficult for them to purchase their beloved GPUs or other computer components. On the other hand, some experts also blame crypto mining for the rising SoC shortage, which leads to the scarcity of PS5 and other gaming consoles.

But, one of the biggest concerns about blockchain is the amount of electricity it consumes. Recently, we reported that crypto miners decided to move out from Kazakhstan and transfer to Russia because of a power shortage.

According to PC Gamer's latest report, Sweden's authorities are now calling out the European Union to ban Bitcoin mining in the country. This issue was brought up first by Erik Thedeen and Bjorn Risinger, the directors of the Swedish Environmental Protection Agency and Financial Supervisor Authority.

(Photo : Photo by ROSLAN RAHMAN/AFP via Getty Images)
An image of Bitcoin and US currencies is displayed on a screen as delegates listen to a panel of speakers during the Interpol World Congress in Singapore on July 4, 2017. - The three-day conference on fostering innovation for future security challenges is taking place from July 4 to 6. (Photo by ROSLAN RAHMAN / AFP)

Also Read: ConstitutionDAO Fails to Win Copy of US Constitution Despite Raising $47 Million in Crypto

They explained that between April and August, the country's crypto mining activities increased. However, the exact percentage was not provided.

"It is currently possible to drive a mid-size electric car 1.8 million kilometers using the same energy it takes to mine one single Bitcoin," said Thedeen and Risinger via EuroNews.

Various Swedish regulators also warned about the increased electricity consumption of blockchain mining, saying that the digital coin activity consumes the same amount of power that 200,000 houses use.

Currently, Sweden's electricity is quite cheap, thanks to the government officials' efforts into renewable energy.

However, this also poses an issue since crypto mining operations are also becoming more attractive. Some experts claim that Sweden might really ban crypto mining.

Other countries already did this, including China. But, this would still take some time before the restriction is implemented.

In other news, crypto crackdowns are now intensifying in China.

For more news updates about crypto and other happenings surrounding it, always keep your tabs open here at TechTimes.