Spotify has launched a new feature that focuses on a vertical video feed which the Swedish streaming application calls "Discover," and it somehow resembles a TikTok platform. Spotify Discover will give snippets of songs and would focus on the video that represents it or a part of its album cover, as well as a music video and cover arts. 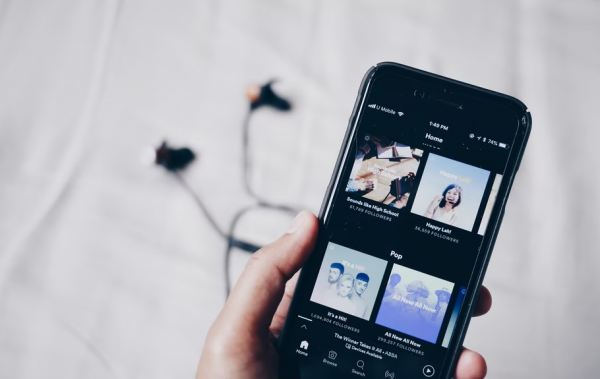 A tweet by a popular online personality about tech, Chris Messina, has first caught the wave of the new feature of Spotify called "Discover," as it is an addition to the tabs found on the bottom part of the app. The tabs below add the new feature, which, when clicked, a vertical video feed would appear featuring songs, artists, and a short video that represents its app.

The feature that was shown by Messina portrays a different light to Spotify as it focuses on showcasing new songs, artists, or albums, which would then be more appreciated with a short video behind it. Users can then choose to play the song's full version, add it to favorites, or have a three-button menu that would focus on other access on the feature's offer.

Not only that, @Spotify Discover is basically a pared down version of a TikTok-style feed of vertical music videos (likely using their canvas format) that you can like or skip.#NewSpotify pic.twitter.com/hpOEZ8v9bl

Spotify's Discover has certain elements which make it close to the video-sharing application and platform of TikTok but is not quite the feature. TikTok is a social network where its users are the creators, commentators, likers, followers, and influencers on the platform.

The Discover app's features are still widely a mystery to many, including that of who creates the short videos, commenting features, or saving a certain short video for one's entertainment purposes.

Spotify and its New Features

Spotify has had several massive updates this year that improve the app of the company, despite its focus on being a streaming platform regarding music and anything audio-related. The streaming platform is known for being a social networking platform as well, where one can see the status of added friends but can also block people from seeing their activity.

The company is also focusing on adding an Audiobooks feature on its platform, and this is because of the recent acquisitions of the streaming platform that brings the new thing to look forward to. It would be different from the focus of the company regarding the podcasts, which have also been massive these recent times.

The latest feature to arrive on Spotify now is a vertical video feed, and this is only the first of many innovations that the company would bring to its platform as it grows. In the time now, people are not into single media consumption only as they look more into the multimedia aspect of things, hence the importance of the new feature of Spotify.