Tesla Model Y moved to AMD Ryzen chip for its infotainment system in China after previously sporting an Intel chip. 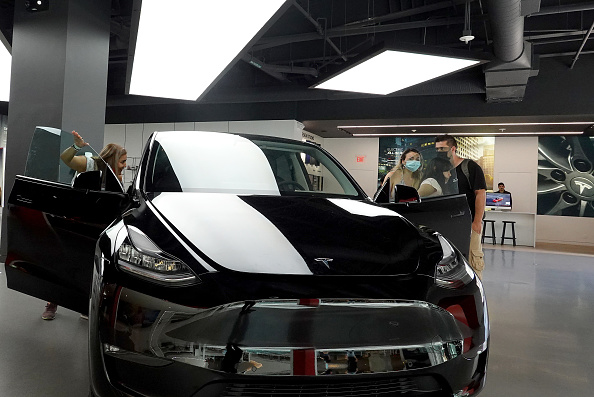 (Photo : by Joe Raedle/Getty Images)
MIAMI, FLORIDA - OCTOBER 21: People look at a Tesla Model Y electric vehicle on a showroom floor at the Miami Design District on October 21, 2021 in Miami, Florida. Tesla reported $1.6 billion in profits for the months of July, August, and September, a record for them.

It also comes shortly after the new Model S sedan of the Elon Musk-led EV giant also made the switch to AMD.

As per the report by Electrek, Tesla used to feature Nvidia chips for its infotainment system. However, the EV tech giant went on to replace it in favor of Intel later on.

But this time around, the automaker is now replacing its Intel chips with an upgraded AMD Ryzen for its entertainment systems.

However, the upgraded computing power for the infotainment system for its Model Y is only available for those who will buy the Tesla Model Y in China, for now.

What's more, it is to note that only the performance variant owners noticed the chip swap to AMD Ryzen on their brand new crossover EVs.

According to the news story by Engadget, the EV giant Musk has had a history of giving its users the same chip across all variants of its vehicles--whether it is the base model or the top-of-the-line option.

But it seems that it is no longer the case, at least for the Tesla EV owners in the Asian country.

Although the infotainment system of the Model Y in China states that it runs an AMD Ryzen Chip, it did not disclose any more details.

As such, the specific Ryzen chip used on the entertainment system of the electric crossover remains to be seen.

On top of that, Tesla has yet to announce if its Model Y EVs in the United States and even across the globe are also getting the AMD treatment to ditch the Intel chips.

It is worth noting that the American EV giant has previously disbanded its press team to answer these kinds of questions. So, it turns out that we will have to wait until the CEO and founder of the EV firm, Musk, mentions it on his Twitter account.

Read Also: Tesla to Cancel US Orders as an Ultimatum to Buyers Delaying Deliveries: Other Details of the New Policy Change

It is not the first time that AMD and Tesla partnered to power up the infotainment system of the latter.

In fact, AMD announced back on June 1 that the chipmaker will be powering the 10 teraflop gaming rig of both the Tesla Model S and the Model X, allowing passengers to play console-level gaming. 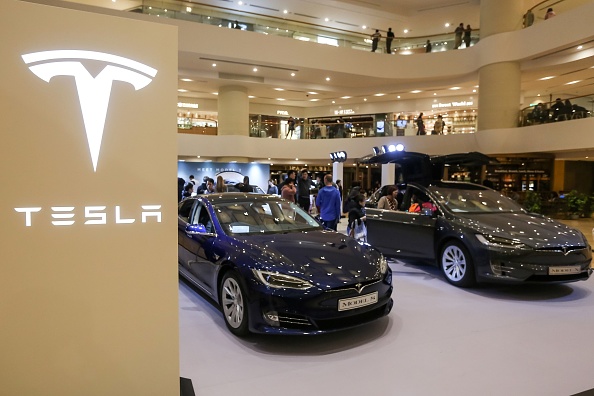 (Photo : by VIVEK PRAKASH/AFP via Getty Images)
A Tesla Model S (L) and Model X are displayed at a shopping mall in Hong Kong on March 10, 2019. - Electric carmaker Tesla has won more than 520 million USD in loans from Chinese banks to build its first overseas car plant near Shanghai, the first foreign automaker to wholly own a factory in China

The CEO of AMD, Lisa Su, confirmed the partnership between the two tech giants shortly after billionaire Musk revealed his in-car gaming ambition.