OPPO is rumored to be working on a new foldable device which will be the first of its kind. The smartphone maker is allegedly developing the Find N 5G smartphone which could be released in November.

Here's what the rumors say about this upcoming device. 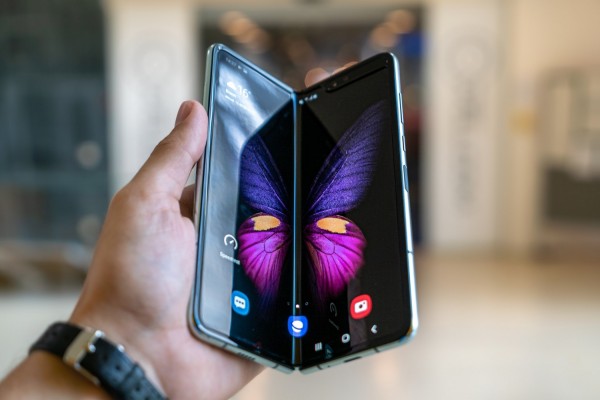 According to Technave,  Oppo is one of the Chinese smartphone companies that is set to introduce a foldable device soon. This possibility could happen this year according to a prominent tech tipster Digital Chat Station.

The Weibo post suggested that the OPPO Find N 5G could be inspired by the Oppo N lineup which borrows similar features such as panoramic and selfie cameras.

Digital Chat Station mentioned that the rumored smartphone was already finished at the moment. We could expect that it would bring the same preview display that we saw from Xiaomi 11 Ultra.

Perhaps, there's a potential that this feature could appear since the rumors pointed out on its inward folder. It is highly anticipated that the OPPO Find N 5G and the rest of the lineup would be packed with high-specs. This means that Oppo could stop releasing mid-range foldables at this time.

From another article written by Gizchina, a different leaker wrote some alleged features that would appear on the rumored foldable smartphone. According to the source, Oppo's flagship device will feature an OLED display that measures between 7.8 to 8 inches.

Furthermore, OPPO Find N 5 G will boast a 2K resolution on top of the 120 Hz refresh rate. The report also added that since it is now on the production stage, employees could be testing it now. The company appears to be prepared anytime for its launch.

This was not the first time that Oppo was rumored to unveil its first foldable smartphone. Back in March, Tech Times reported that the triple-fold smartphone would have an outward foldable display.

Before, there were no devices that boast this kind of display. At the time of publication, Oppo was struggling to keep up with the demand because of the sustainability issues that it was facing. Before making it available to the market, the Chinese tech firm will first ensure that its supplies would be enough for the public.

At the time of the report, a leaker tipped that the release of this foldable phone would be in Q2. However, it did not happen as expected. On another leak, the same tipster shared that the foldable gadget would come with a "Green Factory" folding screen which would be much better than the exploration version.

In another report, Apple is currently working on its multi-device charger plan. The article noted that the Cupertino giant is exploring bringing this all-around accessory for all Apple devices.