Elon Musk confirms that the Tesla Cybertruck's yoke steering wheel that was first seen in its prototype back in 2019 is coming to its production version as well. 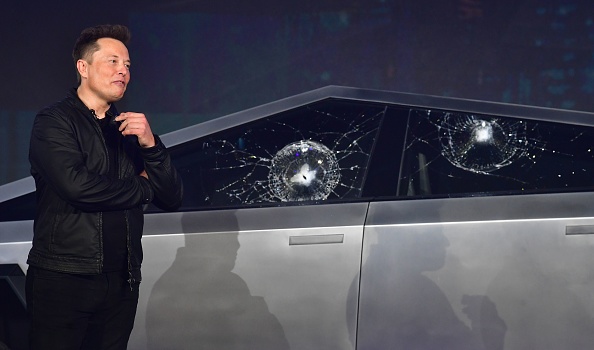 As per the report by the Electrek, back when the Cybertruck prototype saw the light of day, the butterfly steering wheel, which was dubbed by Tesla as the "yoke," did not get that much attention since it was a mere concept car during that time.

Although the Tesla Cybertruck has yet to release its production version, Musk says it is intentionally an "insane technology bandwagon," in reply to a Twitter user asking him about the yoke steering of the upcoming EV.

The Tesla boss went on to boast that the upcoming electric pick-up "will reach far into a post-apocalyptic future."

On top of that, the CEO of the EV giant previously said that the Cybertruck is akin to a "glitch in the Matrix," as if the protagonist of the film had a custom-made vehicle, according to the news story by Teslarati.

This vague statement from Musk himself still does not mention any additional tech or features coming to the Cybertruck.

However, it is to note that Tesla brought the yoke steering to life in the flesh for its refreshed versions of both the Model S and the Model X.

The EV giant of Musk boldly replaced the traditional wheel with a butterfly design that became controversial later on.

Electrek further pointed out in the same report that the new design of the steering wheel on the said Tesla EVs also purged the stalks of the wheel, which is home to additional functions like the turning signals and windscreen wiper option.

Instead, to carry on with the butterfly look of the yoke steering wheel, options like turning signals have been turned into force touch buttons.

In addition to that, the new design also lets go of the upper part of the wheel. Thus, the person behind the wheel could no longer grab the wheel from the top, which is an integral function when driving on ice or turning at low speeds.

But still, the yoke steering of Tesla gives its users an unobstructed view of the instrument cluster of the electric vehicle as the top part of the wheel has been removed.

Although there are actually pros and cons for the yoke steering wheel that Tesla introduced to its refreshed vehicles, some are still looking for an option to opt for the traditional wheel.

However, the EV maker only sells its newer Model S and Model X with the butterfly design. With the latest pronouncement by the CEO and founder of the American automaker, it is likely that the Cybertruck is also getting the same treatment, but improvements seem to be underway.