How to Use Facebook Messenger Split Payments: Here's a Quick Guide Before It Arrives! Similar Apps You Can Try

Facebook Messenger users would soon benefit from a new advanced feature that would allow them to split their bills whenever they hang out.

(Photo : Photo by Joe Raedle/Newsmakers)
383679 04: A shopper pays cash for sales merchandise December 26, 2000 at the Lakeline Mall in Austin, Texas. Stores were hoping that after Christmas shopping could salvage what seems to be a disappointing holiday season.

The new Split Payments feature will definitely come in handy if you and your friends are always sharing the bill when eating outside, visiting amusement parks, or just having a mini-staycation.

"We're starting to test Split Payments, a free and fast way to share the cost of bills and expenses," said Meta via its official blog post.

As of the moment, Meta is quite busy enhancing Facebook and its other products. TechTimes reported that 500 misinformation Facebook accounts were removed from the platform.

Meta has been seen making efforts to solve the alleged toxic environment of Facebook and Instagram. However, the tech giant firm also tries to enhance its platforms' tools so that consumers can further enjoy them more. 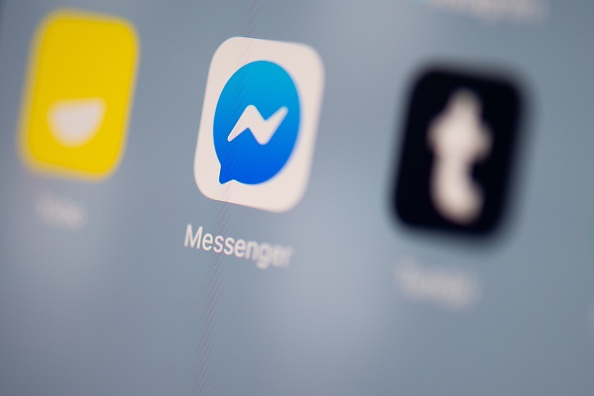 (Photo : Photo credit should read MARTIN BUREAU/AFP via Getty Images)
This illustration picture taken on July 24, 2019 in Paris shows the logo of the instant messaging application of Facebook called Messenger on the screen of a tablet. (Photo by Martin BUREAU / AFP)

According to Gadgets 360's latest report, the new Split Payments feature would be launched in the United States, making Americans the first lucky consumers to use the new Messenger function.

To use this feature, Meta explained that you need to click the "Get Started" option, which is offered in your group chat or the Payments Hub.

Once you are done with that, you can now divide the bill or modify your friends' contributions. After that, you must enter your Facebook Pay details.

You will then receive a request, which can be viewed in your group chat, allowing other members to see the details.

Split Bill Apps You Can Try

Since Messenger's new Split Payments feature hasn't arrived yet, MakeUseOf reported that there are other apps with the same function you can rely on.

These applications are specifically designed to divide the bills among your group depending on your preferences. These include the following:

If you want to know these apps' exact details, you can visit this link. In other news, Meta confirmed shutting down deceptive channels as part of its safety enhancement effort.

Related Article: Split the Bill? Facebook Messenger to Bring This Feature Soon, As Long As You Haven't Boycotted Meta Yet